Getting Around, Ankara Travel, Transport and Car Rental 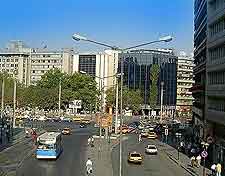 Ankara is fairly remote in relation to the rest of Europe yet it has a shiny new airport with direct connections with the UK and Germany, as well as with Istanbul. Ground transport options to and from the airport are good and include taxis, bus travel and hire cars.

Getting about Ankara is a different matter and can be confusing, yet cheap taxis make light work of the place. In addition, bus travel and a limited metro service provide transport options for those with an adventurous spirit. 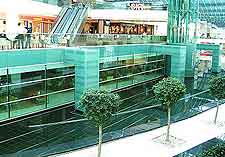 Address: Ankara-Cubuk Yolu / DHMI Havalimani Basmüdürlügü, Esenboga, Ankara, Turkey, TR
Tel: +90 0312 590 4000
Turkish Airlines, British Airways, Lufthansa, and Austrian Airlines all fly direct to Ankara. Travelling here from European cities with low-cost airlines is not an option and those wishing to do so will need to go through Istanbul with the likes of easyJet, before then transferring to Ankara. The airport is about 24 km / 15 miles north-east of the city and has only recently been opened. Airport transportation includes HAVAS airport buses to the city centre and Old Town, ASTI intercity buses, and taxis. 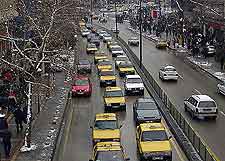 Many major car rental companies are represented at Esenboga International Airport and you can book online to save money. The drive to the city and hotels from the airport is straightforward, although navigating around Ankara itself can be tough due to one-way streets and a distinct lack of parking. Driving around the greater Ankara area and the Anatolia peninsular is general considered to be a relatively easy way to travel, particularly for experienced drivers. 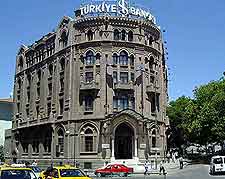 You can get into the city by using bus transport from many major European cities, although you will invariably have to travel through Istanbul. Turkish Coach Lines run from Frankfurt and Athens to Ankara, as does Eurolines from Paris and Budapest. Travelling about Ankara by bus can be hard going, as the system is a bit of a 'hodgepodge', yet 'dolmus' buses (shared taxis) run to and from Ulus and Güven Park (Kizilay), and are especially reliable. 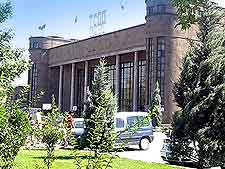 Getting to Ankara by rail is straightforward as Turkish rail services are generally efficient and frequent. Numerous services hit Istanbul from all over Europe, from where several services travel into Ankara daily. Ankara also features its very own metro system, which is both fast and cheap, although you will find it doesn't cover the city particularly well from a tourist's point of view. The north-south line is the most useful, providing access from Kizilay to Ulus. Significant savings can be made if you buy a pack of five train tickets.

Taxi travel is the best bet for getting around fast and hassle-free in Ankara. Prices are reasonable to boot, but do always ensure that drivers use their meters. Taxis can be found at the airport and at bus, metro and train stations, as well as at the hotels, shopping areas and major tourist attractions and museums. You can hail them or get your hotel to book one for you.