Getting Around, Madeira Travel, Transport and Car Rental 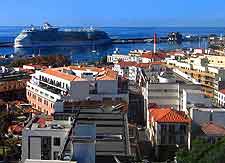 There are a number of different ways to travel around Madeira, although for short distances in Funchal, transport really just doesn't come any more exciting than a ride onboard one of the legendary street toboggans. Known on Madeira as the 'carros de cesto', these street toboggans are small, two-seater wicker chairs with wooden runners, and have transported passengers some 5 km / 3 miles down the steep hills of Funchal for literally decades.

Ferry transport is very readily available on Madeira, with regular car ferries travelling to and from the nearby island of Porto Santo in approximately two hours. Those wishing to tour the island themselves may like to consider renting a car at the airport or in Funchal, although buses connect all of the main tourist sights and destinations. 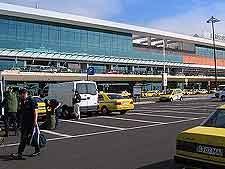 Address: 9100-105 Santa Cruz, Madeira, Portugal, PT
Tel: +351 0291 520 700
Known to the Portuguese as the Aeroporto da Madeira, Madeira Airport is also often referred to as Santa Catarina Airport and even Funchal Airport, despite being a 30-minute drive away. Located within the Santa Cruz municipality, this busy air facility dates back to the mid-sixties and features an unusual runway, which stretches out over the ocean and is actually supported by a series of long columns. Around 20 different airlines currently serve the airport, including TAP Portugal, which features regular flights to and from Amsterdam, Barcelona, Frankfurt, Lisbon, London, Madrid, Paris and also Porto. The nearby island of Porto Santo is also connected by air and can be reached in just under 15 minutes. 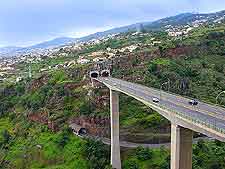 Hiring a car is the ideal way to travel around the island of Madeira and its many resorts. Outside of Funchal, the roads can become a little steep and winding, with fuel stations often being hard to come by.

Therefore, before you leave Funchal, ensure that you have a full tank of petrol, and purchase a good map of the island. 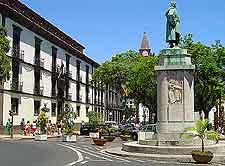 There are five different bus companies currently operating on the island, travelling from Funchal to all of the main towns and villages, including Camara de Lobos, Canico, Curral das Freiras, Machico, Ribeira Brava, Santana and Santa Cruz. Tour buses are also available, although do be warned that some are cheap since they promote timeshare apartments en route. 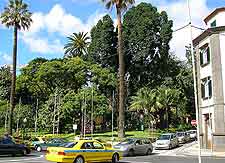 There are literally hundreds of taxis providing transport on Madeira, with the highest concentration being found within Funchal.

Taxis are easy to spot, being bright yellow in colour and featuring blue stripes along the sides. Tipping the driver is generally considered to be optional.