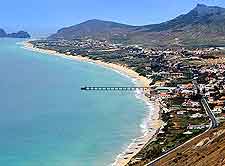 Since Madeira is an island, if you are headed to one of the resorts on the opposite coast from Funchal, such as Ponta Delgada and Santana, it will likely be something of a mini day trip. However, there are a number of further islands which comprise the Autonomous Region of Madeira, offering a selection of leading attractions and lending themselves to short excursions.

Day trips to the Porto Santo Island remain popular, as do cruises around the Savage Islands and the Desertas Islands, where attractions tend to be of a wildlife and natural theme. Madeira is even within reach of the famous Spanish Canary Islands, with excursions to Fuerteventura, Gran Canaria, Lanzarote and Tenerife being possible if you have the time. 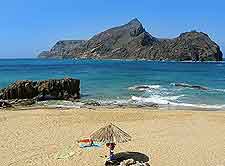 Once the home of Christopher Columbus, the island of Porto Santo is part of the famed Autonomous Region of Madeira and its attractions are very much based around Port Santo town, where just over 4,500 people currently live. Porto Santo features its very own airport and by plane, is just a 15-minute flight from Funchal and perfect for a day trip. The island's main attractions tend to be based around its beautiful sandy beach, which stretches for around 9 km / 6 miles and is perfect for sunbathing and swimming. Golfers often come here to play a round or two at the Porto Santo Golf Course, which is the biggest course within the entire Madeira archipelago.

The Desertas Islands are a Portuguese archipelago and lie just 25 km / 16 miles to the south-west of Madeira's Ponta de Sao Lourenco area, on the easterly side of the island. These islands are known for their rocky landscape and barren areas, and with various wildlife attractions, now serve as an official nature reserve. The main island is the Deserta Grande, where the beaches are regularly inhabited by a small group of monk seals. Cruises around the Desertas Islands are extremely popular and along the way, you may well spot dolphins and whales, depending upon the season. 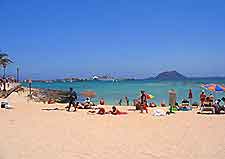 Address: Canary Islands, Spain
Fuerteventura is the second-biggest of the Canary Islands and is known for its expansive beaches and sands, particularly around the southerly Playa de Sotavento de Jandia area. Perfect for surfing and many other water sports, Fuerteventura's landscape is littered with historical windmills and other unexpected attractions, which add a rather unique character to the island. Puerto del Rosario serves as the capital of Fuerteventura, while other important tourist destinations include the villages of Antigua, Betancuria, Caleta de Fuste, Corralejo, Costa Calma, El Cotillo, La Oliva and Morro Jable.

The Savage Islands are also often known as the Selvagens Islands and this small and uninhabited Macaronesian archipelago resides part way between the Canary Islands and the island of Madeira. Comprising two significant islands and a number of further islets, the Savage Islands (the Selvagem Grande and the Selvagem Pequena), both contain a number of extinct volcanoes. Whilst commercial tours are available, it will first be necessary for the Madeira Natural Park to provide the necessary authorisation, since this is considered to be an especially important nature reserve. 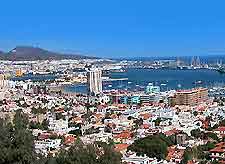 Address: Canary Islands, Spain
Those living on Gran Canaria tend to think of this beautiful island as actually being a miniature continent and many tourists venture here from Madeira as part of a summer vacation. Las Palmas de Gran Canaria is the island's capital city and famed with its historical old quarter and stunning beachfront of the Playa de las Canteras. Surfers holidaying on Gran Canaria favour the waves around Maspalomas, while those simply looking for a lively resort will find that the Playa del Ingles is a safe bet. 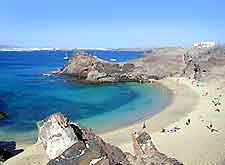 Address: Canary Islands, Spain
Lanzarote, or the 'Isla de los Volcanes' as it is often referred, is the most north-easterly of all the Canary Islands and is the perfect spot to escape a cold, damp winter. Beachfront attractions on Lanzarote are almost endless and particularly plentiful around the easterly coast, at resorts such as Arrecife, Costa de Teguise, Playa Blanca and Puerto del Carmen. On the northern coast of Lanzarote, the surfing at La Calesta de Famara is considered to be amongst Europe's very best. The Guinate Tropical Park, the Water Caverns (Los Jameos del Agua) and the Green Caves (Cueva de los Verdes) are all worth checking out if you are planning a visit to this island. 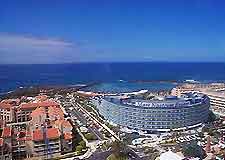 Address: Canary Islands, Spain
Both the biggest and the highest of all the Canary Islands, and within relative reach of Madeira, Tenerife is actually home to the tallest mountain peak in Spain - the Pico del Teide. The port city of Santa Cruz de Tenerife is the capital and resides on the north-easterly side of the island, while the easterly coast beneath tends to be rather barren. Many of Tenerife's leading attractions are based around the westerly resorts of Costa Adeje, Los Cristianos, Playa de las Americas and Puerto de Santiago. The scuba diving off Tenerife is almost legendary and the underwater volcanic landscape quite special. Families will enjoy spending an afternoon at Aqualand Costa Adeje water park or the Loro Parque, the latter of which is home to everything from dolphins and sharks, to gorillas and tigers.