As the Dutch capital, Amsterdam is a busy and popular city, both with tourists and business travellers alike. The city resides on the western side of the Netherlands, within the North Holland province.

Amsterdam is an enormous, sprawling city with various districts, often being dissected by the city's famous canals. These neighbourhoods include the historic Old Centre, Bijlmer, the Canal Ring, Jordaan and Plantage, as well as the North, East, South and West districts. The very heart of Amsterdam lies on the southern side of the IJ River, with the Old Town being home to the Centraal train station, while Schiphol Airport is located in the south-easterly suburbs.

Much of the city's canal system dates back to the 17th century, being the result of careful planning and forethought. These concentric canals (grachten) are often described as resembling half a wheel, with the spokes being the streets radiating outwards and crossing the canals. The most significant of these canals are the Herengracht, the Keizersgracht, the Prinsengracht and the Singelgracht.

Maps of Amsterdam are best obtained at the tourist office located on Stationsplein, directly outside of the Centraal Station. However, do expect sizeable queues during the busiest times. Further official tourism outlets can be found on Leidseplein, Stadionplein (alongside the old Olympic Stadium) and at Schiphol Airport.


Map of the Netherlands 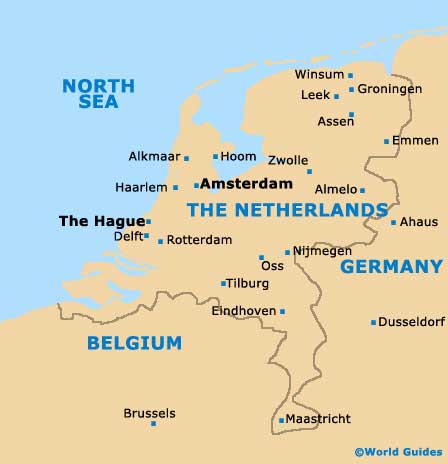 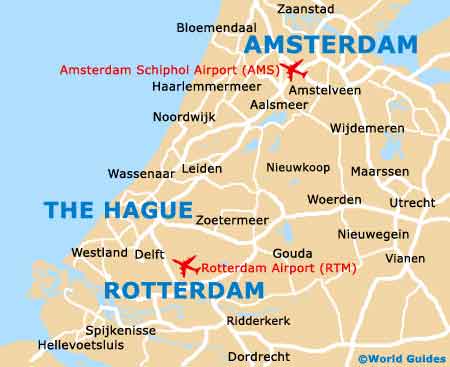 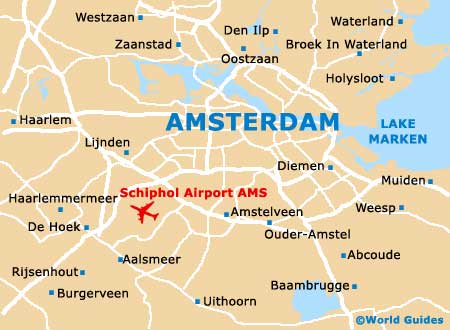