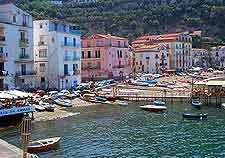 Legend has it that the town's earliest history is related to the myth of mermaids, known in Italy as 'sirene'. Apparently, Ulysses heard the Sirens' song as he was sailing past Sorrento.

The Greeks and Phoenicians were thought to be the first to settle permanently on the site of present-day Sorrento. The most ancient ruins date to 600 BC. Later, the Romans set up a colony here, naming it Surrentum. It became a popular coastal resort for wealthy patricians and many grand villas were built in the area. Such spacious residences usually had their own farms attached to them.

Surrentum was well-known for its wine and fish, and there is evidence that the town traded fairly extensively, even this early in its history. In 79 AD, Sorrento was severely damaged by an earthquake caused by the eruption of Vesuvius.


In 420 AD, Sorrento became an archbishopric. After the Roman Empire had fallen, the town then came under Byzantine rule. It was a situation that was to prevail until the 9th century AD, when the Byzantine empire finally faded from world view. Sorrento became an independent duchy, fighting off both the advances of Amalfi, its rival neighbour, and invading Saracens. 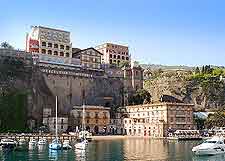 In 1133, Sorrento became part of the Kingdom of Sicily under Ruggero the Norman. Henceforth, the town's fate was to be closely linked with that of the King of Naples.

The late Middle Ages was a turbulent time for Sorrento. The town's proximity to the sea meant that it continued to suffer from attacks by pirates. Then, in the 1500s, a particularly unsettling attack took place that was said to have resulted from treachery from within the town itself. Fortifications were built in response, including high town walls and watch towers. Some of these can still be seen today. In 1648, a revolt tested the town's loyalty. Headed by Giovanni Grillo, the town's loyalties stayed true to the Spanish Empire.

In 1779, Sorrento joined the Parthenopean Republic and the town became the scene of a struggle between the Republicans and the Bourbons. 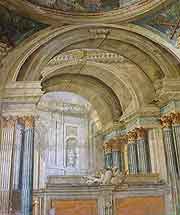 From the 19th Century to Present Times

The 19th century brought much change to Sorrento, both politically and in terms of the city's development. In 1861, Sorrento became part of the newly forged Kingdom of Italy. Tourism had already started to grow up here a century earlier.

Sorrento flourished even more when its reputation as a rather pleasant holiday resort spread still further. Along with a rise in visitors, the city also enjoyed the fruits of its labours in terms of trade and agriculture.

More recently, the city has developed into a prime tourist destination, and is just as popular as ever with the rich and famous. 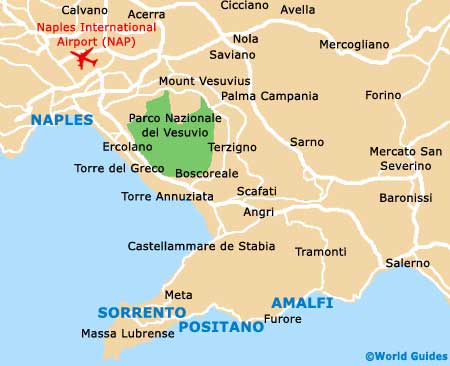