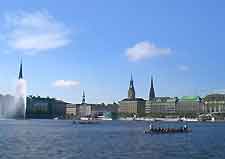 Outside of Hanover city you will discover a wealth of attractions just waiting to be enjoyed. Many of the best attractions lie within the neighbouring cities of Hamburg and Gottingen, while also close to Hanover, the town of Hamelin and its tales of the Pied Piper are particularly appealing.

Also close to Hanover is the Gothic-style Marienburg Castle, the official birthplace of Baron Münchhausen, and the huge number of timber-framed structures within the town of Celle. The most prominent attractions nearby Hanover are as follows. 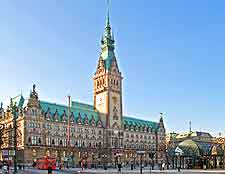 An important city within Germany's Lower Saxony region, Gottingen is roughly 120 km / 75 miles south of Hanover and can be reached in less than two hours. Containing many prominent educational institutions, such as the Georg August University of Gottingen, the German Aerospace Centre and the University of Applied Sciences and Arts, attractions for visiting tourists include the Gottingen City Museum, the regular performances at the Deutsches Theatre, the seasonal art shows at the Old City Hall (Altes Rathaus), and the attractive architecture around Gottingen's old market place. 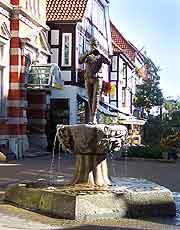 Located close to Hanover and to the south-west, Hamelin is a large town with a population of around 60,000 people. Most famous for being the setting of the Pied Piper of Hamelin folk tale, many of the attractions within Hamelin relate to its Pied Piper fame, with plenty of cuddly rat toys for children. One of the best ways to explore Hamelin is to follow its official Pied Piper trail, which passes many of the most important sights and 16th-century buildings, consisting of a line of white rats painted along the pavements.

A small municipality around 69 km / 43 miles south-west of Hanover, Bodenwerger's main claim to fame is that it was the actual birthplace of the famous Baron Münchhausen. A recent addition to the main attractions within Bodenwerger is the Münchhausen Museum, which is located on the Münchhausenplatz and celebrates the baron's life, featuring various paintings and interesting exhibits.

Most famous for its historic castle, Marienburg stands around 42 km / 26 miles south of Hanover and close to Hildesheim. Marienburg Castle is the top attraction here and known locally as the Schloss Marienburg. Featuring Gothic-style architecture, Marienburg Castle has a grand interior, with many antiquities and period furnishings, being extensively renovated in the mid-19th century.
Castle open hours: April to early November, daily - 10:00 to 18:00
Castle Admission: charge, discount for children, children under three years old go free, admission to castle only as part of a tour

A medieval town full of character and history, Celle can be found around 40 km / 25 miles north-east of Hanover, being sited on the southerly side of Lüneburg Heath and next to the River Aller. Attractions in Celle include in excess of 500 timber-framed buildings, the Bomann Museum of local history and modern art, and also a rather grand 13th-century ducal palace. 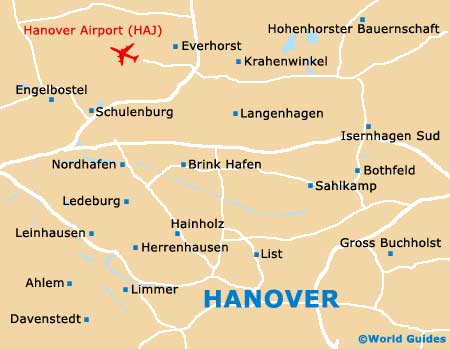