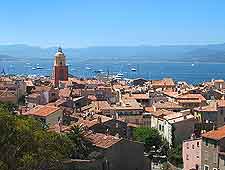 A famous town basking in the sunny French Riviera, Saint Tropez has become a coastal retreat for many. This is due in no small part to Saint Tropez beautiful coastal location, being sited on the far southern shore of France, within the Var département (region).

Saint Tropez enjoys a scenic peninsula setting, on the southerly side of its namesake, the Bay of St. Tropez. This is by no means a large town and has a population of just under 6,000 people. However, these numbers are greatly swelled by the influx of tourists, which are known to regularly include the rich and famous.

Most tourists immediately head to the beaches, which begin around 4 km / 2.5 miles to the south-east of the actual town centre itself. The historic quarter known as the Old Town is well worth investigating at your leisure and lies between the main quay of the Vieux Port (the Quai Jean Jaurès) and also the town's famous square, the Place des Lices. The town's 16th-century citadel is close by.

For tourist information, maps and more, the Central Tourist Office of the Bay of St. Tropez / Pays Des Maures (Office de Tourisme) should be your first port of call. The office stands on the Quai Jean Jaurès and regularly organises walking tours of the town, which last up to two hours. 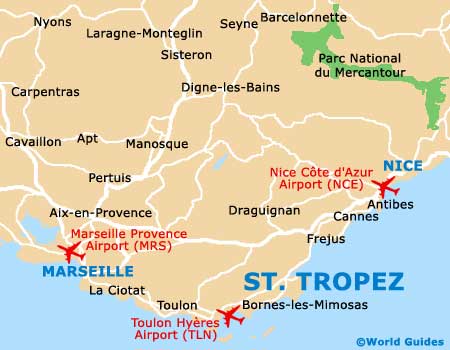