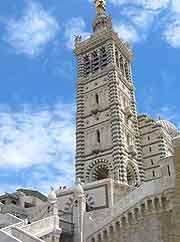 Marseille can boast an incredibly long history that dates back thousands of years. As a permanent human settlement, it was established in 600 BC by Greek sailors. They landed at Lacydon Creek, now known as the Old Port area, and called their city 'Massilia'.

In the 1st century BC, the city came under the control of Roman forces headed by Julius Caesar. Under Roman rule, the city was able to retain its independence as a free port. However, not all went smoothly and many of its treasures were lost during this period, with its fleet of ships sent to other ports.

With the fall of the Roman empire, Marseille's commercial activities tailed off and its fortunes declined. The city came under frequent attack by rival bands of barbarians. It suffered repeated pillaging and was badly damaged in the process. By the 7th century AD, Marseille had become a fortified post on St. Laurent Hill. 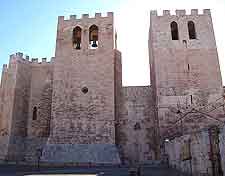 From Medieval Times to the 17th Century

When more peaceful times prevailed, Marseille again prospered as a port. In the 11th century, the city began to expand. In 1213, the city became an independent republic and in 1252, Charles of Anjou took control of the city. When the Crusaders arrived here, Marseille had managed to re-establish itself as an important place for trading.

In the early 15th century, Marseille was destroyed by a fleet from Aragon. There was also French royal interest in the city at this time. Indeed, King René visited Marseille for a prolonged period. Finally, in 1481, the city became part of France. At the beginning of the 16th century, François I built two castles here - the Château d'If and Fort de la Garde. In 1660, King Louis XIV ordered that the city be expanded to the south. To do so, it was necessary to tear down part of the original walled fortifications on the northern side of the Old Port.

Such prosperity was to be tempered by crisis. In 1720, tragedy struck the city when a plague epidemic arrived here by ship. The disease quickly swept through the city, which soon found itself isolated from other nearby towns and cities. The plague led to the death of half its population, some 45,000 people in total. Despite such a terrible setback, Marseille recovered remarkably quickly.

The city resumed its trading with the East. New trade routes were also established with Central and South American countries. The city's wealth grew and grew, attracting groups of immigrants from both Africa and the French colonies.

Marseille greeted the outbreak of the French Revolution with much enthusiasm. In 1792, several hundred volunteers marched to Paris. Along the way, they sang a rallying song that had been recently composed. Known as 'The Battle Hymn for the Army of the Rhine', it was to evolve into 'La Marseillaise', the French national anthem. 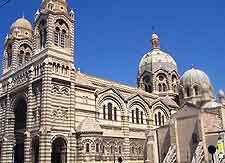 Marseille was able to escape some of the worst effects of World War One. However, during World War Two the city was bombed heavily both by the German and Italian forces, as well as the Allies. The most historic part of the city was reduced to little more than rubble.

In the post-war period of history, Marseille experienced economic problems that led to the city becoming associated with crime in some of its poorer neighbourhoods. In recent years, however, Marseille has re-established itself as a city on the rise. It is still one of the largest ports in Europe and is currently benefiting from several expansion and redevelopment projects.