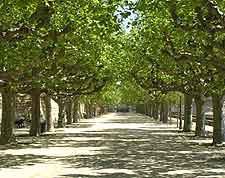 Montpellier has a relatively short history. Unlike many other French cities in this region, it has no Roman background. A settlement here dates back only to the 10th century and is first mentioned in records from 985 AD. From then until the 12th century, it was ruled by the Guilhem family, a feudal dynasty from Toulouse. They built a castle and enclosed the settlement with defensive walls.

In the 13th century, Montpellier began to develop as an important centre for trade. It became a popular stop-off for pilgrims travelling along the via Domitia to the north. Its reputation for education and learning was already established, thanks to the schools of law and medicine set up in 1180 by William VII of Montpellier. Later, these schools came to be recognised as the city's university.

In 1349, Montpellier came under the control of King Philip VI of France. It was thought to be one of the most important cities in France at that time in history, although towards the end of the 14th century, life became very difficult for those who lived and worked here. Successive plagues killed many people, perhaps as many as a third of its population. By the start of the 15th century, however, Montpellier had managed to recover some of its former status and economy. 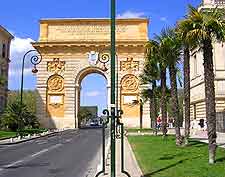 From Protestant City to Royal Capital

During the 16th century, Montpellier welcomed one of its most famous students, Nostradamus, an astronomer who later became known for his prophecies after studying medicine here. The city soon acquired a number of grand buildings and its church dedicated to St. Peter became a cathedral with its own bishop. A botanic garden was also created and today, it remains France's oldest such example.

This was a time of great religious change in France. Montpellier, in the south of France, was not to escape the influence of Protestantism. The Protestant Reformation found many followers and the city became a major Huguenot stronghold. During the Wars of Religion, many of the city's churches were destroyed. In 1598, the Edict of Nantes brought some calm to Montpellier, although it was to be a brief respite. Finally, King Louis XIII besieged the city to try to quell its Protestant rebels. After two months, a settlement was reached. Once again, it came under Catholic and royal domination.

During this period, Montpellier developed its own style of architecture. This is largely because of the renovations that took place here during the Wars of Religion and because Montpellier became the royal capital of Languedoc. The nobility attached to the royal court were responsible for many of the grander building projects at that time, including their own private houses, known as hôtels. Distinctive architectural features that have survived to this day include the Carré St. Anne and the Promenade du Peyrou. 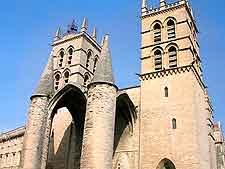 In the 19th century, wine making played an important role in the city. It helped its economy to grow and made some of its citizens very wealthy. In the 1890s, however, disaster struck Montpellier. It took the form of a fungal disease that affected its vineyards. Phylloxera destroyed many vines, leaving the city's wine makers struggling in the face of competition from other wine-growing regions.

During the 20th century, Montpellier transformed itself into a cosmopolitan city. The 1960s saw an influx of immigrants from North Africa, particularly Algeria. Its population has continued to grow apace since then. Today, it is ranked as the eighth-largest city in France. New, ambitious projects include the creation of a new neo-classical district and the revival of a city tram network.