Not only is Bath a city of architecture, it is also a site of quality museums, showcasing many different aspects of the city's interesting past and present. Particularly notable is the American Museum, which is situated in Claverton Down, on the outskirts of Bath, and filled with exhibits relating to many different periods of American history, including much Shaker furniture and related displays. Each year, many fun workshops and special events are staged here, such as Civil War re-enactments.

In the city centre itself, the Postal Museum on Broad Street may be of interest and stands close to the Podium Shopping Centre and the Post Office.

Particularly famous and overlooking Victoria Park is the Number 1 Royal Crescent Museum, which is part of Bath's most famous collection of buildings and packed with Georgian antiques and paintings. Interesting, this first house on the Royal Crescent was actually once owned by the Duke of York (a son of King George III). 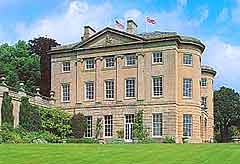 Address: Claverton Manor, Claverton Down, Bath, England
Tel: +44 (0)1225 460503
Housed in a grand, early 19th-century manor house, the American Museum is home to one of the finest collections of American art outside of the United States. Other attractions here include a series of rooms furnished with original furniture and features dating from 17th-century colonial days to the end of the 19th century, the Shaker room with examples of classic Shaker design and furniture, a number of handmade American quilts, and the Mount Vernon Garden, which is actually a replica of George Washington's own garden in America.
Open hours: March to October, Tuesday to Thursday - 13:00 to 18:00 (gardens), 14:00 to 17:00 (museum)
Friday to Sunday - 12:00 to 18:00 (gardens), 14:00 to 17:00 (museum)
Admission: charge

Address: 19 New King Street, Bath, BA1 2BL, England
The William Herschel Museum is centrally placed in Bath and can be easily reached by foot from Queen's Square and the Pump Room. This cultural attraction is set in a charming house which dates back to 1764, and celebrates the numerous musical and astronomical achievements of William Herschel and his sister. Herschel became the Director of Music in Bath over 200 years ago and held regular concerts at the Pump Room and the Assembly Rooms, where he was well-known for his musical compositions. Highlights at the museum include a collection of musical instruments used in the late 18th century, replica scientific and astronomical instruments which can be handled, audio tours and an award winning film, which details Herchel's discovery of the planet Uranus in 1781.
Open hours: hours vary according to season
Admission: charge, discounts available for seniors, students and children

Museum of Bath at Work

Address: Camden Works, Julian Road, Bath, BA1 2RH, England
Tel: +44 (0)1225 318348
The Museum of Bath is to be found in the city centre, close the Circus and the Assembly Rooms. Full of interesting exhibitions and memorabilia about this elegant city, attractions at the Museum of Bath at Work include the remarkable Bowler collection - the complete engineering works and fizzy-drinks factory, computerised information points, displays focusing on the city's stone industry, cabinet making and the Horstmann Car Company. The extensive archives include many thousands of photographs, documents and interesting artifacts relating to local industries and this cultural attraction hosts regular lectures and temporary exhibitions. A gift shop and refreshments area are available at the Museum of Bath.
Open hours: daily, April to October - 10:00 to 17:00, November to March on Saturday and Sunday - 10:00 to 17:00
Admission: charge, discounts available for residents, seniors, students, families (two adults and two children) and children 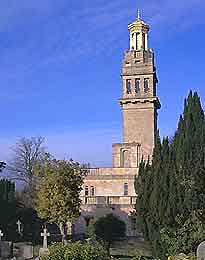 Address: Lansdown Road, Bath, England
Tel: +44 (0)1225 460705
Beckford's Tower and Museum is located in the Lansdown area of Bath and stands 36 metres / 120 feet tall. This neo-classical Italianate tower was built in 1827 for William Beckford as a study retreat and housed part of his extensive art collection and large library. Beckford's Tower is now home to a museum with period furniture, paintings, prints and numerous object illustrating the life of William Beckford as a writer, collector and patron of the arts. Visitors are able to climb up the 156 steps to the top of the tall tower to the recently restored Belvedere, which offers some spectacular panoramic views over the cityscape and the surrounding countryside.

Beckford's Tower and Museum is owned by the Bath Preservation Trust and administered by the Beckford Tower Trust.
Open hours: April to October, Saturday, Sunday and public holidays - 10:30 to 17:00
Admission: charge

Address: 8 Broad Street, Bath, England
Tel: +44 (0)1225 460333
The Postal Museum is sited in the centre of Bath and is actually built on the spot where the world's first letter to bear a postage stamp, the famous Penny Black, was actually sent in 1840. The museum tells the story of the importance of letter writing over the years, the carriage and delivery of mail, everything related to postal systems, and there is also an activity room for families and children.
Open hours: March to October, Monday to Saturday - 11:00 to 17:00, November to February, Monday to Saturday - 11:00 to 16:30
Admission: charge

The Building of Bath Museum

Address: The Countess of Huntingdon's Chapel, The Vineyards, The Paragon, Bath, BA1 5NA, England
Tel: +44 (0)1225 333985
The Building of Bath Museum, in the Paragon area of the city, is housed in a striking Gothic chapel, which was built in 1765. With exhibitions detailing one hundred years of architectural innovation, explaining how the World Heritage City of Bath was transformed from a small provincial town into a Georgian city within a short period. The Building of Bath Museum features displays about general craftsmanship and decoration, historic furniture making and wallpaper manufacturing. There is also an onsite gift shop, selling a wide range of architectural merchandise, including building conservation guides, books, postcards, notelets and souvenir gifts.
Open hours: Tuesday to Sunday - 10:30 to 17:00, (open on Monday during July and August)
Admission: charge

Museum of Costume and the Assembly Rooms

Address: Bennett Street, Bath, BA1 2QH, England
Tel: +44 (0)1225 477785
The Museum of Costume is one of the most glamorous of its kind in the city and is set in the elegant Assembly Rooms, close to the Circus and the Royal Crescent. Housing a world-class collection of more than 150 dresses from 1660 to the present day, other attractions at the Museum of Costume include costumes worn by stars of recent television and film productions, 18th, 19th and 20th century galleries, magnificent interiors in the Assembly Rooms, the finest set of 18th-century chandeliers in Europe, an extensive fashion bookshop with gifts and cards, audio guides, study facilities and a café.
Open hours: daily, January to February - 11:00 to 16:00, March to October - 11:00 to 17:00, November to December - 11:00 to 16:00
Admission: charge

Address: 12 Bennet Street, Bath, BA1 2QJ, England
Tel: +44 (0)1225 464640
Museum of East Asian Art is one of Bath's most exotic museums and was founded in 1993 by Brian McElney, a retired solicitor who practised in Hong Kong for more than 35 years. Highlights include bamboo carvings, a comprehensive collection of Chinese jade, oriental ceramics, fine examples of metalware, other decorative arts, illustrated gallery guides, a library, a family resource area and a museum gift shop.
Open hours: Tuesday to Saturday - 10:00 to 17:00, Sunday - 12:00 to 17:00
Admission: charge

Address: 1 Royal Crescent, Bath, BA1 2LR, England
Number 1 was the first house to be built on the striking Royal Crescent in 1767, which was John Wood the Younger's fine example of Palladian architecture. This important house was given to the Bath Preservation Trust in 1968 and has been thoroughly and accurately restored. Highlights at the Royal Crescent Museum include late 18th-century furniture, paintings, carpets, and authentic reproductions of an 18th-century study, dining room, drawing rooms and lady's bedroom.
Open hours: February to October, Tuesday to Sunday - 10:30 to 17:00
Admission: charge

Other museums nearby Bath include: