Getting Around, Brussels Travel, Transport and Car Rental 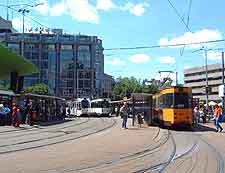 Within the city of Brussels, visitors can expect to find a modern and reliable public transportation system, which is operated by the Société des Transports Intercommunaux de Bruxelles (STIB / MIVB) and offers a variety of convenient travel options. Brussels is a large and spreading city and so whilst some areas can indeed be successfully explored on foot, such as the area around the Grote Markt, public transport will allow you to make the most of your time.

Various STIB travel information and ticket booths can be found scattered around much of the city, with kiosks located along the Boulevard Anspach, at the Porte de Namur, and in the Gare du Midi train station. Public transport in Brussels tends to run between the hours of 05:30 to 23:00, or slightly later. Both one-day passes and the Tourist Passport offer good savings if you plan to use the buses, trams and metro trains extensively.

Address: BIAC (Brussels International Airport Company), B-1930 Zaventem, Belgium, BE
Tel: +32 2 753 4200 / 0900 70000 (Belgium only)
Travellers flying into Brussels Airport, also known as Luchthaven Zaventem, will find that the airport is just 12 km / 7.5 miles from the heart of the city, lying to the north-east. Recently awarded as the 'Best Airport in Europe', Brussels Airport is located within the municipality of Zaventum and is well supported by public transport, which includes direct trains, public buses (De Lijn and MIVB / STIB Express), hotel shuttles and taxis, which gather next to the arrivals hall. More than 15 million passengers currently fly into this airport each year, so it can be extremely busy at times, particularly during the peak holiday seasons. 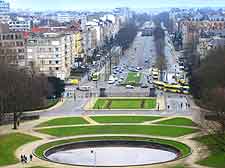 Renting a car in the city or at the Brussels Zaventem Airport is perfect for those who require the freedom to be able to travel when and where they want. However, be warned that this is an extremely busy city with frequent traffic jams, and parking spaces are always hard to come by. Therefore, it is advisable to make sure that allocated spaces are available at your hotel. Otherwise, look out for street parking, which is chargeable where you see signs saying 'stationnement payant' or 'betalend parkeren'. Renting a car allows you to travel outside of Brussels and is ideal for day trips to destinations such as Antwerp, Foret de Soignes, Leuven, Liedekerke, Tervuren and Wemmel. 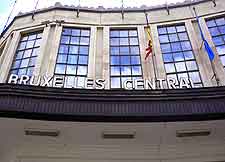 There are three main rail stations in Brussels - the North Station (Gare du Nord), the South Station (Gare du Midi) and finally the Central Station (Gare Centrale), which is conveniently close to the Grand Place itself. The Gare du Midi is generally the station with the best international connections, such as Thalys and Eurostar, while many other international trains travel to the two other railway stations. Train transport is of little use for actually travelling around Brussels, although it is extremely handy for reaching Zaventem Airport or for simple Belgian day trips. 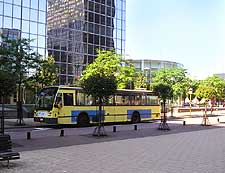 Surprisingly, there is no actual central station for buses and trams in Brussels and therefore it is essential that you first pick up your free copy of the STIB transport map. Both bus and tram stops are hard to miss and bright red and white in colour. Premetro trams tend to travel between the North and South train stations, running directly beneath the Adolphe Max Boulevard. A cheap way to travel on buses and trams is to purchase a ticket for multiple journeys of either five or ten rides, which you then validate onboard, using the orange machines provided. 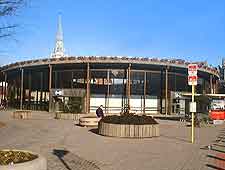 First opened in 1965, there are today three metro lines serving the city of Brussels and these fast underground trains run approximately every ten minutes. Metro stations are clearly marked with distinctive rectangular blue signs, displaying a large 'M' in white.

Most taxi transport in Brussels tends to be metered and is generally rather expensive. However, taxis are extremely well suited for those just wishing to travel short distances around the city. Tips are usually automatically included within the actual meter price. Most taxis tend to gather by the city's three train stations, around the Grand Place, on the Place Stéphanie, and directly outside of the Hotel Amigo, at the intersection of the Rue de la Violette and Rue Charles Buls.