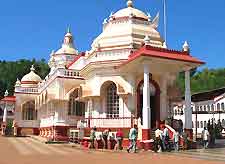 The country's smallest state and famed for its colonial Portuguese and Catholic past, most tourists visit Goa for its endless selection of sandy beaches and coastal attractions. Standing proudly next to the Arabian Sea, Goa is a particularly compact state and often feels like a large town, being easy to travel to most locations around the state by bus, car, taxi or auto rickshaw.

Two of the most notable locations within Goa are Panaji (the capital city) and also Vasco da Gama, Goa's biggest town. However, it is the many beach resorts of Goa that have become the tourist hotspots, where bamboo beach shack accommodation can be found and water sports enjoyed. The beaches of Baga and Calangute are especially popular all through the year.

For tourist information in Goa, the Goa Tourism Development Corporation (RTDC) offers two main outlets, within both Margao and Panaji. Also full of useful information about the Goa area, the Government of India Tourist Office is sited on Church Square is Panaji and is a good place to find some of the region's best tour guides. 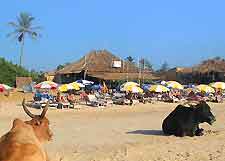 Around Goa, tourists will soon realise that the state has much more to offer than simply stunning beaches, fishing, water scooters, windsurfing and scuba diving. Goa has become famous throughout the region for its many night-long open-air raves, which are particularly popular and both Anjuna and Vagator. Further tourist attractions in Goa include elephant rides, football matches at Margao's Fatorda Stadium, many wildlife sanctuaries, bullfighting, nightclubs, fine dining and pleasure boat cruises, where you are often able to spot dolphins and porpoises. More information about Goa Tourist Attractions. 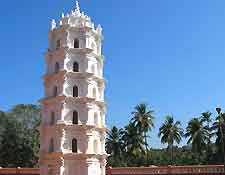 Those looking for a touch of history in Goa should consider visiting the 16th-century Se Cathedral, which features a mixture of Portuguese and Gothic-style architecture. Near to Candolim Beach, Fort Aguada features an old lighthouse boasting great views of the area, while the nearby remains of Chapora Fort are equally impressive, overlooking the coastline and the surrounding countryside. Also of interest is Goa's Cabo Palace (Raj Bahavan), Mormugao Fort and Terekhol Fort, all of which deserve a visit. More information about Goa Landmarks.

Goa is home to a surprising number of cultural attractions and tourists can enjoy a number of quality museums and local Indian art galleries. Highlights include the information about Goa's history and past at the Archaeological Museum and Portrait Gallery, various artefacts and old photographs at Panaji's State Museum, weaponry exhibits at the Naval Aviation Museum, various antiques and carvings at the Museum of Goa Daman and Diu, and some impressive paintings at the Art Chamber, next to Calangute Beach. More information about Goa Museums and Goa Art Galleries. 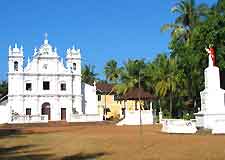 If you've had your fill of beach fun and sea views, then consider venturing outside of Goa, where many world-class tourist attractions await. These include the nearby Dandeli Wildlife Sanctuary, which not only boasts an array of indigenous flora and fauna, but also white water rafting and safaris. Also within reach of Goa are the towns of Belgaum and Siddapur, where many historic temples, shrines and forts await. Further afield, both the cities of Bangalore and Mumbai offer something quite different, with enormous shopping centres, long strips of Indian restaurants, theme parks, and yet still plenty of traditional charm. More information about Goa Attractions Nearby. 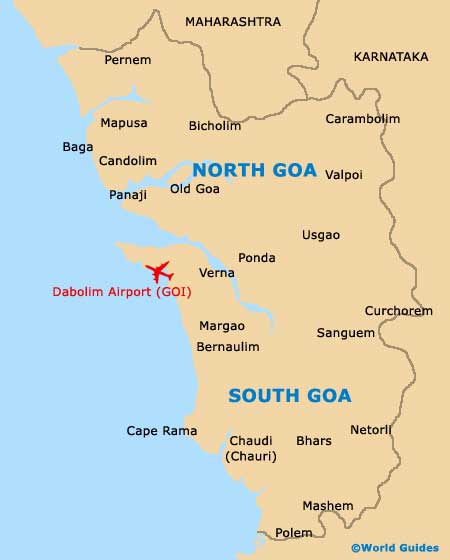