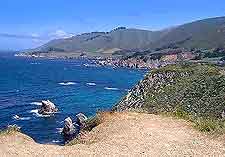 Sparsely populated, with 140 km / 87 miles of wild, rocky coastline, soaring mountain peaks and spectacular scenery in its interior, the Californian region of Big Sur has seen nomadic settlement for thousands of years in history. This part of the Golden State some, 148 miles / 238 km south of San Francisco, was first inhabited by three Native American tribes, the Ohlone, the Salinan and the Esselen.

The hunter-gatherer tribes lived close to the coast during the summer months, harvesting the rich source of shellfish and other marine dwellers for food, and moving inland during winter, foraging for acorns to grind into flour.

In 1542, Spanish mariners under Portuguese explorer Juan Rodriguez Cabrillo sailed along the Big Sur coastline, reporting their findings in the ship's log without landing. Two hundred years later, an attempt at colonization saw an expedition under Spanish solider Gaspar de Portola land in the region's south, close to the San Carpoforo Canyon, but it was soon to divert inland, daunted by the inaccessible cliffs, before finally landing in Monterey Bay and establishing the small city of Monterey. 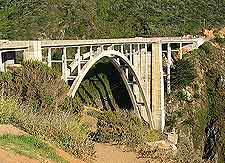 A Change of Countries

By then considered impenetrable land, Big Sur became incorporated into Mexico in 1821, at the same time the country gained independence from its Spanish colonialists. By this point, its Native American population had been decimated by disease, malnutrition and forced labor at the missions. Ranchers began moving in, claiming vast tracts of land through Mexican contacts, and in 1848, the Mexican-American War resulted in California being ceded back to America.

The 1862 Homestead Act attracted more pioneers to Big Sur with its promise of 160 acres / 65 hectares of free land and resulted in the felling of most of the glorious coastal redwood forests for lumber. By the turn of the 20th century, the gold rush of the 1880s had petered out and the transport infrastructure across the region was too poor to support its few industries, which survived briefly by using small boat landings in the coastal bays. 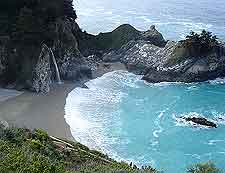 Few changes to the isolated wilderness took place in the 20th century's early years and, by 1920, only two local homesteads had electricity, generated by windmills and waterwheels, with the rest of the sparse population not connected to the National Grid until as late as 1950.

Construction of a state highway connecting Big Sur with the rest of California was mooted as early as 1910, but was delayed by the advent of WWI. By 1921, convict camps for labor had been set up, with locals, including John Steinbeck, also working on the route. As many as 33 bridges were required to span the creeks and rivers, and Route 56 (linking Carmel with Big Sur) was finally opened in 1937 after taking 18 years to complete - it was incorporated into the state system two years later as Highway 1.

By the time the region had opened up, it had become a hub for writers and artists such as Jack Kerouac and Henry Miller, drawn by its isolated beauty, and the town became the subject of numerous books. Movie names such as Orson Welles and Rita Heyworth bought cabins here and Big Sur featured in many Hollywood movies.

In the 21st century, the wilderness remains sparsely populated, with around 2,000 permanent inhabitants, no urban areas and soaring real estate prices. Much of the land is now protected and the local economy is based on tourism. 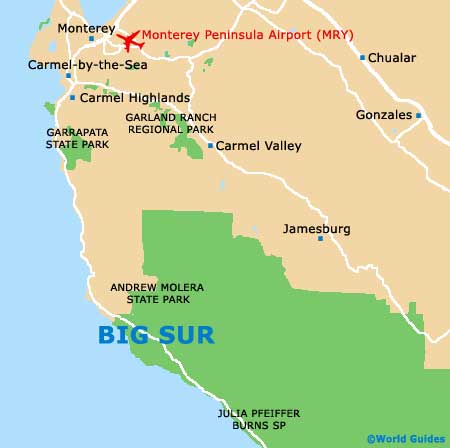