Birmingham, Alabama, has the feeling of a fairly compact city, although in fact it actually spreads considerably. This means that the choice of hotels in the Birmingham area is both vast and varied, ranging from friendly guest house B&B accommodation to upmarket, luxury chain lodging, such as the Redmont Hotel in downtown.

Where to stay in Birmingham depends very much on what your plans are, with numerous distinct districts and areas being present, spreading outwards from the city center and home to an array of accommodation options. Hotels within these neighborhoods are usually well connected by the public bus network, which travels around the downtown district and the University of Alabama's campus.

The best accommodation options available in Birmingham are particularly dense in the downtown area. Hotels in this part of the city have the added advantage of being within easy reach of many shops, restaurants and bars, as well as attractions such as the Alabama Theater and the McWane Science Center. Many hotels in downtown Birmingham are also well-placed for access to the skyscrapers and offices within the Central Business District (CBD). 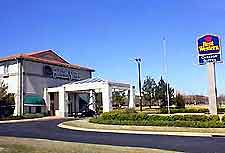 Other popular places to stay in Birmingham include the Southside neighborhood - which features a lively nightlife and superb shopping opportunities, with many hotels being close to the University of Alabama (UAB) complex, Pepper Place and Five Points South areas. Accommodation is also scattered around the southern districts of Alabaster, Helena, Hoover, Pelham and Vestavia. Of note, hotels on the western side of Birmingham tend to be particularly convenient for those traveling to nearby Tuscaloosa and the popular VisionLand Theme Park.

Further hotels in Birmingham can be found in nearby Alabama cities and towns, including:


Budget hotels, motels, inns and travelodges are plentiful in Birmingham and are to be found noticeably concentrated along Beacon Drive, the Colonnade Parkway, Corporate Ridge Drive, the Montgomery Highway, Perimeter Park South and the Summit Parkway. Birmingham's most popular budget accommodation includes familiar chains such as the Best Western at Oak Mountain, the Howard Johnson Express Inn, the La Quinta Inn and Suites Hoover, and also the Ramada Inn.

Further budget lodging is grouped close to the Birmingham Shuttlesworth International Airport (BHM) and these hotels tend to be extremely popular with business travelers stopping over for a meeting. Cheap hotels nearby include both the Clarion on the Messer Airport Highway and also the Holiday Inn on the Richard Arrington Jr Boulevard North, both of which are just minutes away from the Main Terminal itself. 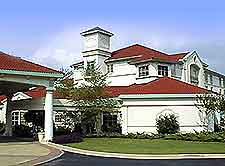 Mid-range hotels in Birmingham are situated along Edwards Lake Road, the Grandview Parkway, the Greenhill Parkway, the Inverness Center Drive and the State Farm Parkway. Expect to find accommodation such as the Amerisuites Riverchase, the Hampton Inn Mountain Brook, the Hilton Birmingham Perimeter, the Homewood Suites South Inverness, the Marriott and the Radisson.

Luxury hotels in Birmingham are extremely appealing, although not in great supply, coming with superb views of the city and often being located in the heart of the action. Ranging from historic lodging to modern hotels with state-of-the-art facilities, some of the city's luxury accommodation is located on State Farm Road, Woodcrest Place and the Riverchase Galleria, which is where the Wynfrey Hotel is located, known for its Southern hospitality and proximity to the Riverchase Galleria Mall, the Riverchase Promenade Shopping Center and the Chase Lake Country Club. A little cheaper and still very upmarket is the three-star Hyatt Place Downtown on 4th Avenue South (next to the UAB Medical Center), which is perfect for sightseers and comes highly recommended.