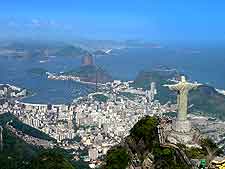 Rio de Janeiro's skyline is simply brimming with high-rise buildings and enormous tower blocks, and many of these landmarks are modern and glitzy. However, in between all of this fancy new architecture, you will find a number of significant historical landmarks that offer another side to sightseers exploring this iconic Brazilian city.

The most notable of Rio's monuments is the statue of Christ the Redeemer, while the Monumento aos Pracinhas is also popular, despite its poignant reminder of those who lost their lives in WWII. Other significant landmarks within Rio de Janeiro include churches, cathedrals and the famous football stadium known as the Estádio do Maracana, where some of the most high profile matches in the world take place. 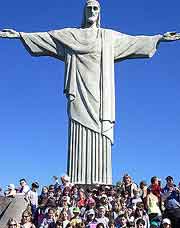 Address: Corcovado Mountain, Rio de Janeiro, Brazil, BR
Possibly the most famous monument in the whole of Brazil, Christ the Redeemer is a 38-metre / 125-foot high statue of Christ with his arms spread out, embracing the city.

It is situated at the peak of Corcovado Mountain, where it has stood since 1931. The views across the city and of the coastline are impressive and provide the perfect backdrop to this imposing national symbol.
Open hours: daily
Admission: free 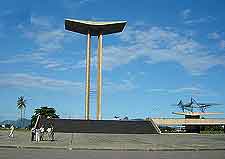 Address: Rio de Janeiro, Brazil, BR
This stunning monument in the heart of the city is dedicated to the Brazilian soldiers who lost their lives during WWII. The Monumento aos Pracinhas comprises two imposing columns, standing either side of the Tomb of the Unknown Soldier. The changing of the guard ceremony takes place on the first Sunday of every month, and behind the monument you will find a museum which is home to medals, uniforms and paraphernalia that once belonged to Brazilian soldiers.
Open hours: daily
Admission: free 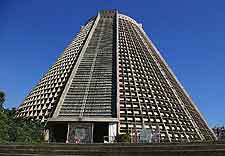 Address: Avenida Republica de Chile 245, Rio de Janeiro, Brazil, BR
Tel: +55 212 240 2669
When compared with other landmarks in the city of Rio de Janeiro, the Metropolitan Cathedral is something of a new addition. It was inaugurated in 1976 after 12 years of construction and consists of an enormous cone, complete with four beautiful stained-glass windows. The cathedral interior is spacious, with enough room to fit over 20,000 people inside, and is home to many paintings, sculptures and murals which were completed by local artists. You will also find a number of historical artefacts dating back literally hundreds of years.
Open hours: daily
Admission: no charge 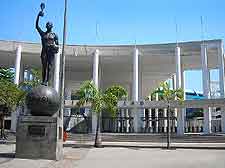 Address: Rua Professor Eurico Rabelo, Maracana , Rio de Janeiro, Brazil, BR
Tel: +55 212 568 9962
Maracana Stadium is a highlight for some tourists. It is home to Brazilian football and famous throughout the world for hosting some of the world's best footballers. The stadium is enormous with room for 100,000 fans to watch a match, which ensures an incredible atmosphere for every game. Dating back to 1950, the stadium was completely renovated as recently as 2007.
Open hours: for games only
Admission: charge 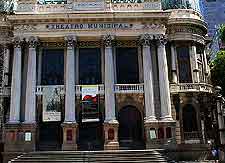 Address: Rio de Janeiro, Brazil, BR
Tel: +55 212 299 1711
The Municipal Theatre is a prominent landmark in the city. It is an intricately designed structure which has been modelled on the Opera Garnier in Paris. It was first opened in the early 1900s and is still as popular today as it was then. It seats over 2,300 people and is well worth a trip should you have time. There are regular performances held here throughout the year.
Open hours: for performances only
Admission: charge 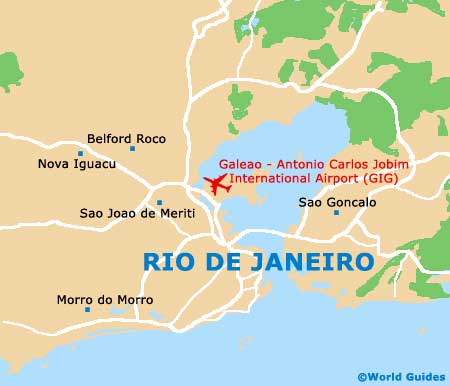