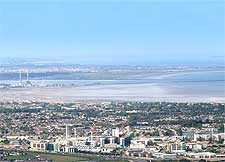 Dublin may well have existed as early as the 2nd century AD. However, it's not until the 9th century AD that we have more solid evidence, with history of a settlement here.

During the 9th century, Viking raiders took control of Dublin, ousting its Irish settlers. These Irish inhabitants were to regain control over the Viking invaders on a number of occasions during the next 300 years. In the 12th century, Anglo-Norman forces arrived and a wooden fortress was quickly erected to defend the settlement. It was to be later rebuilt using stone. The earliest royal charter was granted by King Henry II in 1172 and this referred to the City of Dublin. Later charters granted various other rights and privileges, which formed the basis of Ireland's municipal law.

Dublin prospered during the 16th century. In 1592, Queen Elizabeth I granted a charter to create a new university here. Trinity College opened its doors in 1594, establishing the city as a place of learning and culture. 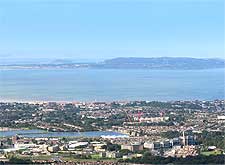 After the English Civil War, many of the city's Catholic inhabitants were expelled for fear of rebellion. The city fell under the control of Oliver Cromwell in 1649. At this stage in its history, the city was still of a modest size. During the 17th century, however, the arrival of Protestant immigrants from Europe helped to revive Dublin's fortunes, bringing much-needed skills to the wool and linen trades.

By the 18th century, Dublin was a city of some 60,000 people. It was seen as a respectable place, home to the well-to-do middle and upper classes. Dublin Castle was rebuilt using the distinctive architectural styles of the day. Ireland's original Parliament House, later converted to house the Bank of Ireland, is also a good example of Georgian architecture. Hospitals were founded and parks laid out. 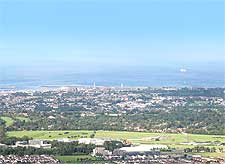 The city was at the heart of Ireland's cultural world and in 1742, Handel's 'Messiah' was premiered here. In 1745, Leinster House (originally known as Kildare House) was built as the palatial and rather fashionable home of the Duke of Leinster. It was later to become the seat of the two Houses of the Oireachtas, the Irish National Parliament.

By the opening years of the 19th century, Dublin was home to over 150,000 people. Conditions for the poor who lived here were often appalling. It wasn't until sewers were laid out throughout the city in the late 19th century that conditions improved for rich and poor alike. Also notable at this time was the opening of the city's Zoological Gardens, the founding of the Catholic University of Dublin and, in 1864, the opening of the National Gallery of Ireland. 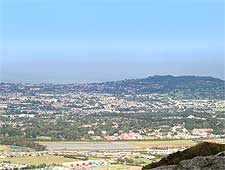 In the late 19th century, Dublin played a major role in reviving the Irish language and, along with it, the literature of Ireland. Famous literary figures connected with the city include the author W. B. Yeats, who was born in nearby Sandymount in 1865, while James Joyce studied at University College Dublin (UCD) in 1898.

During the Easter Rising of 1916, Dublin witnessed a great deal of violence, particularly in the O'Connell Street area. The rebellion was subdued, with the subsequent execution of 15 insurgents.

In recent years, there has been much redevelopment of the centre. Many slum areas have been cleared to make way for better accommodation. Alongside such renovation work has been the encouragement of new industries in the city, such as electronics and engineering. Dublin has been named Europe's 'City of Science 2012' and today it serves as a political, economic and cultural focus for Ireland.