Le Mans Weather, When to Go and Climate Information 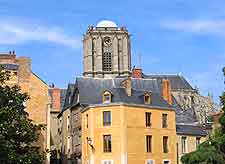 Le Mans is situated in the Loire region of France and, as such, benefits from a temperate climate. Summers are pleasant and sunny, and winters are relatively mild.

In general, the rainfall in Le Mans tends to be spread throughout the year. The Loire Valley's mild climate means that the area is renowned for its abundance of fresh, locally grown produce.

The weather can be unpredictable at times, so visitors to Le Mans' many motor racing events should bear in mind that a warm, dry day can suddenly become a wet, rather chilly one and come prepared for all weathers. 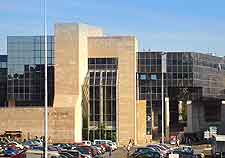 Visitors to Le Mans during the summer months can expect warm, enjoyable weather, with plenty of sunshine. Temperatures usually range between 20°C / 68°F and 25°C / 77°F. Summers are usually quite dry and hot at times. However, it's not unusual for the odd thunderstorm, so it's best to bring an umbrella.

The spring and autumn are fairly agreeable times of year to visit Le Mans, even though the weather may be wetter during these months. Temperatures can still feel mild, though, and, outside of major racing events, there are fewer crowds to negotiate when sightseeing.

The coldest temperatures are felt during the winter months, from December to March. The overall climate can also feel damp, so warm outdoor clothing is recommended. However, extreme weather is a rarity in Le Mans, with temperatures mostly staying above freezing. Daytime temperatures during the winter stay around 8°C / 46°F, rising to around 13°C / 55°F in March.