Le Mans is situated towards the north of the Loire valley. Nearby are an abundance of attractive small towns and chateaux, all set within beautiful countryside and boasting their own set of attractions.

As such, Le Mans makes a good base from which visitors can take day trips to explore nearby attractions. 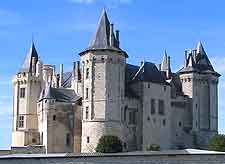 A short drive from Le Mans is the nearby charming town of Saumur, widely thought to be the jewel in the Loire valley's crown. Visitors can't fail to be impressed by Saumur's château, a 14th-century confection of towers that has been recently restored. Saumur is perhaps most famous for its long-standing military links, particularly with the French cavalry. Saumur boasts a number of appealing attractions, including a riding academy, tank museum and several fine religious buildings. 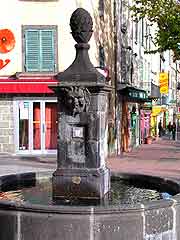 Some 45 km / 28 miles from Le Mans is the beautiful town of La Flèche. The town is perhaps best known for its location as the site of the Prytanée Military Academy. Its alumni include some illustrious names, including the philosopher, Descartes. The academy's 17th buildings can be visited by the public and are a definite highlight.

Located about 53 km / 33 miles from Le Mans, on the edge of the Forest of Bercé, is the small town of Château du Loir. Whilst all that remains of the town's château is its keep, the Church of St. Guingalos has a 13th-century nave and choir, and is worth a visit. 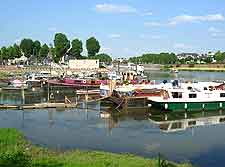 An hour's drive from Le Mans brings visitors to Angers. The town has a variety of tourist attractions, including a cathedral and an impressive château, in which hangs the famous 14th-century Tapestry of the Apocalypse. Its many museums include one that is dedicated to a liqueur. Cointreau has been made in Angers since the 19th century and visitors to the town today can enjoy a tour and tasting in the distillery itself.

Nearby Tours is a lively town and boasts a wide range of attractions, including many museums, religious buildings and some real historical gems. With its wide boulevards and beautiful public parks, the town is also the perfect place for just strolling and taking in the sights and sounds of French life.