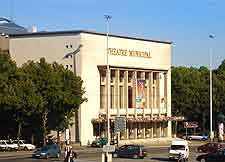 Le Mans has a rich heritage as a major Roman town and the birthplace of Henry II. It also has links with the Plantagenet royal family. Visitors to Le Mans can, therefore, expect to enjoy a variety of historic tourist attractions, which are open throughout the year.

During the spring and summer months, Le Mans also boasts a range of entertainment and attractions suitable for tourists and the whole family, including an amusement park and water adventure park. 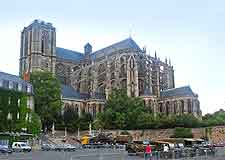 Address: 2 Place Saint-Michel, Le Mans, F-72000, France, FR
Le Man's cathedral is generally acknowledged to be one of France's finest, and biggest religious buildings of its kind. The oldest parts of the cathedral, dedicated to St. Julien, date from the 11th century. Like the nearby cathedral at Chartres, the city's Cathédrale St. Julien boasts some magnificent stained glass windows and a finely carved doorway at its southern entrance. The cathedral is also home to the tomb of the wife of Richard the Lionheart. Together with its beautiful tapestries and frescoes, the cathedral is one of the region's major tourist attractions.
Open hours: daily
Admission: free

Address: 4 Rue Ducré, Le Mans, France, FR
Tel: +33 0243 28 52 69
Notre Dame du Pré was originally built on the site of the tomb of St. Julian. It was completely rebuilt in the 11th and 12th centuries. Of particular note to visitors are the fine 20th-century stained glass windows, which replaced the originals damaged during the Second World War. The church also has an impressive crypt and a fine medieval garden.
Open hours: Tuesday to Sunday - 15:00 to 18:00
Admission: free 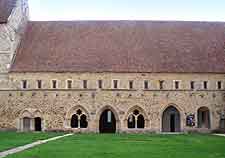 Address: Rue de l'Estérel, Le Mans, France, FR
Tel: +33 0243 81 44 44
Just outside Le Mans is one of the city's historical gems. The medieval Cistercian Abbey of l'Epau was founded by the wife of Richard the Lionheart. Restored in the 15th century, the abbey remains very much unchanged to this day. Its rural setting next to the Huisne River is particularly appealing to visitors, who come to enjoy the peace and tranquillity, as well as all that this historical attraction has to offer, including dormitories, an abbey church and the tomb of Queen Berengaria herself.
Open hours: daily, 09:30 to 12:00 and 14:00 to 17:30
Admission: charge