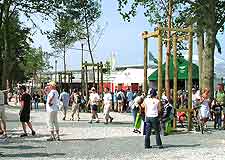 Many visitors who come to Le Mans for one of its many racing events also tend to spend some time exploring the city itself.

Le Mans boasts a beautiful historical neighbourhood, a thriving and lively modern centre, and plenty of family attractions located both in and around Le Mans.

All in all, Le Mans is a popular place to visit for people of all ages and interests. 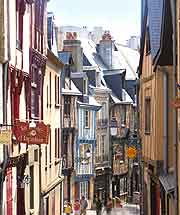 Dominated by Le Man's magnificent cathedral is the beautiful historic Old Town district of Le Mans. Clustered around its main street, La Grande Rue, are dozens of medieval half-timbered houses and rather grand Renaissance mansions. Its narrow cobbled streets and winding alleys make this neighbourhood a perfect place for a stroll. In recent years, the Old Town in Le Mans has become a popular location for the film-making fraternity.

The city's southern district is dominated by the city's famous Le Mans' race tracks and automobile museum. Around the main road to Tours are clustered a number of commercial enterprises, hotels and other attractions. As you'd expect, this district is geared up to cater for the influx of visitors to Le Mans' major motor racing events.

At the heart of modern Le Mans is the Place de la République. This lively district is a mixture of office blocks, fountains and historic buildings, including the Palais de Justice and the 18th-century Church of the Visitation.

Beneath the square is an underground shopping complex and Le Man's centrally located bus terminal.