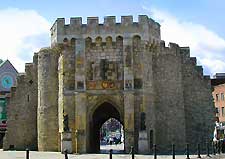 The historic city of Southampton is brimming with important landmarks, memorials and monuments, both old and new. Southampton is a surprisingly historic city and this is immediately apparent by a number of well-preserved stretches of medieval city walls, which date back to the late 14th century and include the eye-catching God's House Tower, constructed in 1417.

Another important landmark in the city of Southampton is the historic Bargate building, once the main gateway into the city and located on the northern side of the walls. 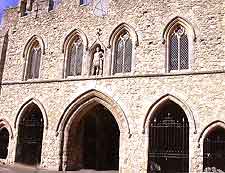 Address: Old Town Medieval Walls, Southampton, Hampshire, S014 2YD, England, UK
Tel: +44 023 8083 3333
One of the city's most well-known and loved landmarks, the Bargate is situated on the southern side of the shopping district and was originally a prominent gateway into this part of the city. Featuring castle-like architecture, a series of archways with a central walkway, ornate leaded windows, a prominent stone statue of George III, and 17th-century watch bell, the Bargate also now features an art gallery.
Open hours: daily - 24 hours
Admission: free 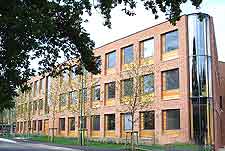 Address: University Road, Southampton, Hampshire, SO17 1BJ, England, UK
Tel +44 023 8059 5000
The University of Southampton is home to approximately 20,000 students and features seven main campuses. These include the Avenue campus, the Highfield campus and the Boldrewood campus, together with the Winchester School of Art. One of the UK's most prominent research-led institutes, the university was originally founded in the early 1860s and has continued to expand ever since.
Open hours: daily
Admission: free 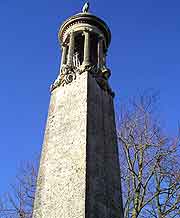 Address: Western Esplanade, Outside Western Gate, Southampton, Hampshire, SO14 2AQ, England, UK
An important memorial standing in central Southampton and next to the Mayflower Park, the city's Mayflower Memorial is an important reminder of the past. The memorial celebrates the voyage of the Mayflower and other ships at the beginning of the 17th century, which transported pilgrims from the city and also Plymouth, to America. Consisting of a tall stone column with domed top, the memorial is hard to miss.
Open hours: daily - 24 hours
Admission: free

Address: Mottisfont, Romsey, Hampshire, SO51 0LP, England, UK
Tel: +44 01794 340757
Located on the north-western outskirts of Southampton and in the nearby market town of Romsey, Mottisfont Abbey is a spectacular mansion and was constructed in the 1700s. A major landmark in this part of Hampshire, Mottisfont Abbey is located alongside the River Test and features superb walled gardens, walking trails and dense wooded areas. These days, this large estate is owned and managed by the National Trust.
Open hours: Saturday to Wednesday - 11:00 to 18:00
Admission: charge, discounts for children 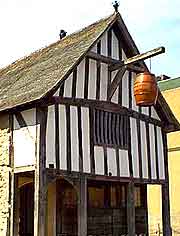 Address: 58 French Street, Southampton, Hampshire, SO14 2AT, England, UK
Tel: +44 023 8022 1503
Built in the latter part of the 13th century, the Medieval Merchant's House is located in the city centre and following a extensive renovation program, stands in excellent condition, with many authentic and well preserved period features. Known for its ghostly hauntings and wall hangings, a visit to the house is moderately priced and offers an insight into the city's past, with many impressive period furnishings and antiques, and guides available to answer any questions that you may wish to ask. Following a major restoration program, the museum is now particularly authentic in its appearance and was originally built to help defend the city's coastline. The Medieval Merchant's House is located along French Street and is close to a section of the medieval city wall.
Open hours: April to October, daily - 10:00 to 18:00
Admission: charge, discounts for children 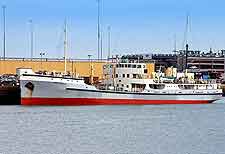 Address: Solent Steam Packet, Southampton, Hampshire, SO18 1XT, England, UK
Tel: +44 023 8023 0405
An impressive steamship moored in the docklands at the Ocean Village area of the city, the SS Shieldhall was built in the middle of the 20th century. With a classical steamship design and many interesting period features, the ship is now open to the public and its imposing structure dominates the area.
Open hours: daily - 11:00 to 17:00
Admission: charge, discounts for children 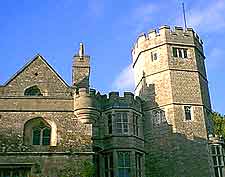 Address: Abbey Hill, Netley, Southampton, Hampshire, England, UK
The ruins of Netley Abbey can be found in the nearby village of Netley, on the south-eastern outskirts of Southampton, off Portsmouth Road and close to the waterfront. Dating back to the 1200s, these ancient ruins are extremely thought provoking and surrounded by grassy areas and countryside.
Open hours: daily, April to September, 10:00 to 18:00; October to March - 10:00 to 16:00
Admission: free 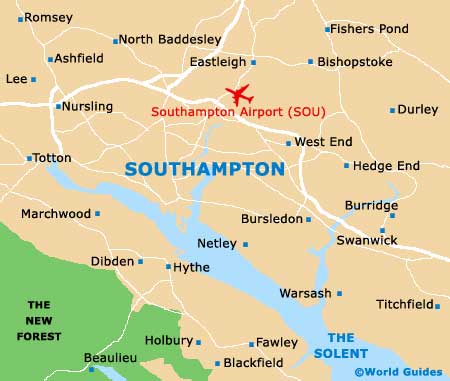