At the beginning of the 17th century, the area that was to become Falmouth boasted just one manor house, owned by Sir John Killigrew.

In 1613, Sir John set about the task of creating a new port that was to be known as Falmouth. In 1661, King Charles II provided a Royal Charter and in thanks, a new church was built and dedicated to his father, King Charles I. Around the church, a cluster of houses soon sprang up.

In 1688, the town was named as the Royal Mail Packet Station. Its role was central to the transportation of mail destined for Spain and the Mediterranean as far east as Egypt. By 1763, Falmouth was also the Packet Station for trans-Atlantic mail, from Halifax in North America to Surinam in South America. 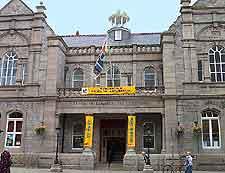 At its peak, some 30 Packet ships operated from Falmouth Packet Station. Consequently, the town prospered, quickly outgrowing the nearby market town of Penryn. In 1785, a mail coach was set up from London to Exeter, stopping here and greatly improving communications.

In 1790, Fish Strand Quay was built. It was here, in 1805, that the news of Britain's victory at the Battle of Trafalgar was landed and then transported to London by stagecoach.

By the start of the 19th century, Falmouth had become a port town of some significance. In 1835, a lighthouse was built to protect nearby shipping. By 1850, however, steam had finally replaced sail and the famous Falmouth Packets set sail for one last time - an important event in local history.

Despite this setback, Falmouth continued to grow. From 1858, work on constructing the docks took place, with the first ships entering in 1861. Then, in 1863, Falmouth welcomed the arrival of the Cornish Railway. The railway brought a new boom period and the town came to rely on a new trade - tourism. The first railway station was built close to Pendennis Castle and was intended as a terminus for the docks.

During the First and Second World Wars, Falmouth saw some action. The docks were taken over by the Admiralty in World War One. During World War Two, around 100 vessels were anchored in the town's docks. Falmouth was the launching point for the famous Commando raid on the French port of St. Nazaire, known as 'Operation Chariot'.

Modern-day Falmouth has continued to be at the forefront of sailing history, with round-the-world sailing endeavours by Robin Knox-Johnston in 1969 and Ellen Macarthur in 2007 starting off in Falmouth's waters. 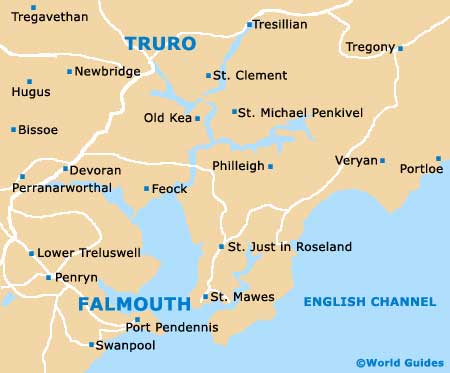