There are many different ways to sightsee in Prague, with such a large choice of unusual tourist attractions and historic buildings to enjoy. Many tourists choose to take one of the official sightseeing bus tours, which offer hotel pickups, offer English commentary and are a great way experience Prague, while walking tours are also popular in Prague and take in attractions around Wenceslas Square (Václavské Námesti), the Little Quarter Square (Malostranské Namesti), the Old Town Square (Staromestské Námesti) and the Jewish Quarter (Josefov).

Another great way to view many notable tourist attractions in Prague is to hire a rowing or paddle boat on Slovanky Island and explore the Moldau River. Alternatively, why not sit back and enjoy a guided cruise as you glide along the Vltava River, through the very heart of the city, passing sights such as Charles Bridge. 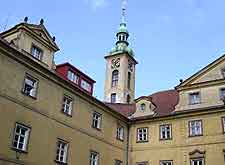 Address: Klementinum 190, Prague, CZ-11000, Czech Republic, CZ
Tel: +420 02 2166 3111
Formerly the actual Dominican monastery of St. Clement, the Klementinum building has been used for many different purposes and boasts a spectacular palatial facade, with seven statues of various saints, which are dramatically floodlit at night. In the middle of the 17th century, the Klementinum expanded eastwards and in the late 18th century became home to the Prague University library. Today, the Klementinum now houses the National Library, which contains many hundreds of thousands of books, documents and Czech artefacts. Feeling energetic - then why not consider climbing the 172 steps to the very top of the Astronomical Tower and enjoy the stunning views?
Open hours: daily, hours vary
Admission: charge 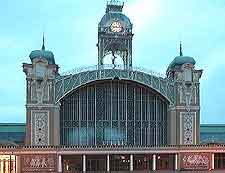 Address: Ulice Vystaviste LDS 1-20, Prague, CZ-17000, Czech Republic, CZ
Tel: +420 02 2010 3295
A truly unforgettable spectacle of illuminated water jets, lasers and blaring music all come together to create something quite unique, the Krizik Fountain. Although you will see images of this rather special fountain on many postcards, seeing it in the actual flesh is quite different and truly something else, particularly on a balmy summer evening.
Open hours: daily - 24 hours, best viewed at night
Admission: free 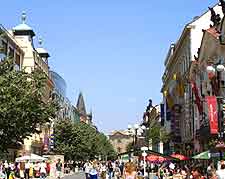 Address: Narodni Trida, Prague, CZ-11000, Czech Republic, CZ
Still a busy commercial centre, Wenceslas Square is actually a vibrant promenade, which began its life many years ago as a simple horse market. As you take a stroll along Wenceslas Square, be sure to look upwards to fully appreciate the quality of the actual architecture, most of which dates from the early 1900s or thereabouts. Amongst the countless attractions within this part of Prague is the Hotel Europa (1906), the Koruna Palace (1914), the National Museum (1890) and the Wiehl House (1896). Also look out for the famous U. Pinkasú beer hall, the St. Wenceslas Monument, the State Opera House and the Jungmann Square, home to the Adria Palace (1925), formerly the Laterna Magika (Magic Lantern Theatre).
Open hours: daily - 24 hours
Admission: free 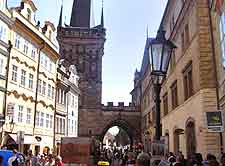 Address: Malostranské Namesti, Prague, CZ-11800, Czech Republic, CZ
This appealing public square has been an integral part of life in the city's Little Quarter for more than 750 years and originally began life as a bustling market place within the outer bailey area of Prague Castle itself. Many of the buildings and town houses surrounding the Malostranské Namesti have a strong medieval character and all have actually been rebuilt over the years, during both the eras of the Baroque and Renaissance. The heart of the Little Quarter Square is presided over by St. Nicholas Church, while other notable attractions include Kaiserstein Palace, Liechtenstein Palace, Sternberg Palace and the Little Quarter Town Hall.
Open hours: daily - 24 hours
Admission: free 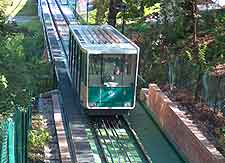 Address: Mala Strana, Prague, CZ-15000, Czech Republic, CZ
Situated within the very centre of Prague, Petrin Hill rises dramatically above the city, reaching a height of around 130 metres / 425 feet in total. Offering breathtaking vistas across the city's castle, Mala Strana and the Vltava River below, Petrin Hill boasts a series of appealing tourist attractions. The Victorian Funicular Railway is a particular highlight and a fun way to reach the summit of the hill, having been in operation since 1891 and restored in the 1980s. Known for its resemblance to the Paris Eiffel Tower, the Petrin Hill Observation Tower stands atop the hill and was also created in 1891. Towering more than 60 metres / 200 feet high and a climb of almost 300 steps, the very top of the Observation Tower is where the best panoramas of Prague await, while for children, it is usually the nearby Mirror Maze that holds the greatest fascination.
Open hours: daily, April to September - 10:00 to 19:00; May to August - 10:00 to 22:00; October - 10:00 to 18:00; November and December, Saturday and Sunday - 10:00 to 17:00
Admission: charge 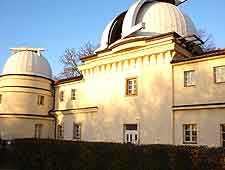 Address: Královská Obora 233, Prague, CZ-17000, Czech Republic, CZ
Tel: +420 02 2099 9001
The Czech Republic's premier planetarium is located within the city of Prague and takes you on a truly intergalactic journey around the solar system and beyond. Regular daytime sky shows are projected directly onto the planetarium's enormous domed ceiling, allowing you to stargaze from the comfort of your seat, while evening attractions are another highlight and include laser shows and various astronomy based events.
Open hours: Monday to Friday - 08:00 to 12:00, 13:00 to 20:00, Saturday and Sunday - 09:30 to 12:00, 13:00 to 20:00
Admission: charge, discounts available 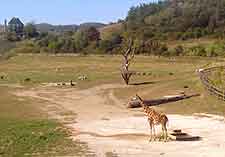 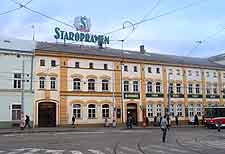 Address: Nádrazni 84, Prague, Czech Republic, CZ
Tel: +420 02 5719 1402
One of the most famous and second biggest of all the breweries in the Czech Republic, where beer has been brewed for around 150 years, guided tours of the Staropramen Brewery are always enjoyable. Visitors will first be treated to a short film about the history of brewing in Prague, although most will agree that the main attraction is at the very end of the 60-minute guided tour, when you reach the lower area of the brewhouse and get the opportunity to sample Staropramen's premium lager itself. Staropramen literally translated means 'old spring' and locally there is even a theme song dedicated to this brewery and its produce.
Open hours: daily, hours vary
Admission: charge 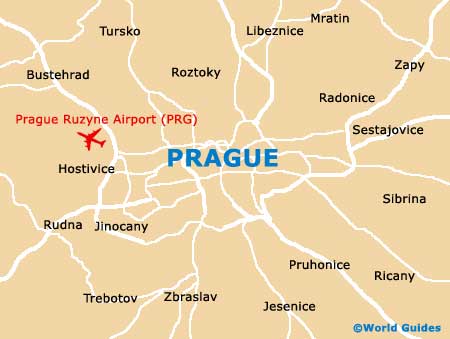