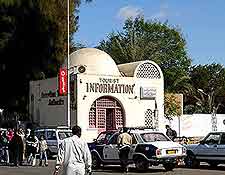 The calendar of Egyptian events is sparse to say the least and the majority of the main festivals do tend to be held in Cairo, Egypt's capital city. However, that said, there are always things to do in Aswan, with many national holidays and events to choose from.

Visitors to Aswan will find that this city boasts many cultural highlights and has become known for its folk arts. Particularly noteworthy is the International Symposium of Sculpturing, which has become a major festival in Aswan and takes place at the end of January, throughout February and at the beginning of March. This event features demonstrations of the ancient Pharaonic art of stone carving and attracts many international artists and sculptors from all around the world, who demonstrate their considerable talents on the terrace area of the Basma Hotel. 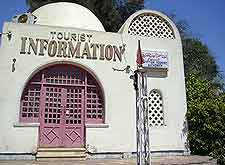 Also of interest in Aswan are the various Islamic holidays, which include the Islamic New Year's Day (Ras as-Sana) and the birthday of Mohammed (Moulid an-Nabi). Ramadan is another major event in Egypt, where observant Muslims fast for the entire month during hours of daylight, feasting during the evening. At the end of the Ramadan fasting, locals in Aswan celebrate during the Eid al-Fitr Festival, which features no less than three days of feasting and partying.

Close by to Aswan, consider visiting the temples at Abu Simbel during the Ascension of Ramses II, a fantastic spectacle. This major event takes place twice a year, on February 22nd and again on October 22nd, when the sun rises and illuminates the four gods with a spotlight of sunshine, which are located as the very rear of the temple. Also in February, you may wish to head north to the Luxor Marathon, which is staged in Luxor, on the West Bank of the River Nile.