Lying within the state of Massachusetts and on the southern side of Cape Cod, Martha's Vineyard belongs to the archipelago of the Elizabeth Islands and Dukes County. Mainland Massachusetts lies directly to the north, being separated by the Nantucket Sound and the Vineyard Sound.

Buzzards Bay is to the northwest, located just past the Elizabeth Islands, while the open expanse of the Atlantic Ocean forms the southerly shoreline. Chappaquiddick Island resides just off the eastern side of Martha's Vineyard, where it is actually a part of Edgartown and was, until recently, connected by a 2-mile / 3-km causeway, although this was permanently flooded following storm damage in 2007.

Being an island, Martha's Vineyard can only be reached by ferry or by plane, with many visitors choosing to arrive by ferry, complete with their rental car from the mainland. If you are planning to self-drive around the island, then maps are essential and will help you to get your bearings.

Edgartown enjoys a natural harbor setting on Martha's Vineyard, with imposing historic houses built during the period of its whaling fortunes. Tourists will enjoy spending time on Katama Beach (South Beach) and soaking up the atmosphere along Main Street. Located within Tisbury, the small village of Vineyard Haven offers beachfront accommodation, shops, eateries and a pretty harbor with wooden sailing boats. 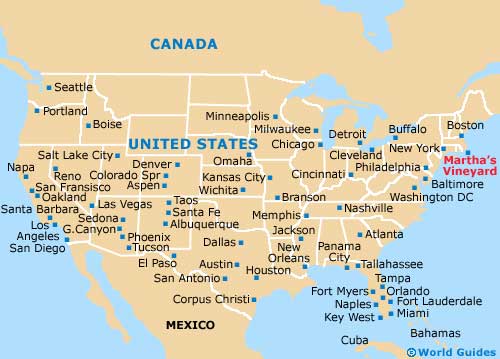 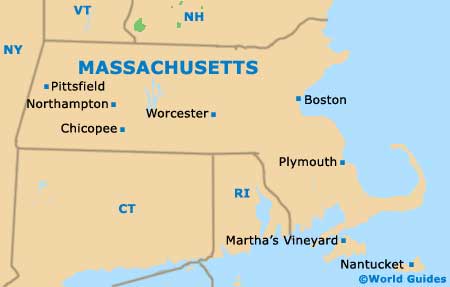 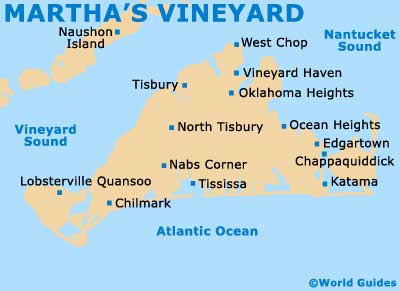