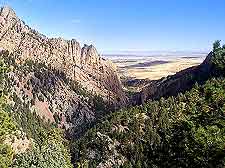 Originally inhabited by native indigenous tribes, including the Southern Arapaho people, the Boulder Valley region wasn't considered to be a fit settlement site until the mid-1800s and it was therefore largely left untouched until the 1850s. Surprisingly, this is now considered one of America's most livable cities, frequently cited in top 25 lists for living environment factors.

The first non-native settlement in the area was located at Red Rocks, which was seen as the gateway to the Boulder Canyon. Settlers in the city's early history were drawn to the region after gold was discovered in 1858 in current day Engelwood, which is situated about 35 miles / 56 km to the southeast of the city. This sparked a gold rush that eventually saw the building of the city as a simple mining supply township in 1859. The Boulder History Museum on Euclid Avenue is the ideal attraction at which to explore the chronological happenings of the city.

The town was developing slowly by the time the Territory of Colorado was established in 1861 (Boulder City was originally part of the Territory of Nebraska). During this point in local history, the town was the main source of equipment, food, shelter and entertainment for the large numbers of gold and silver miners that flocked to the region of Boulder Canyon. The town became more economically stable as competition among businesses grew. The first school house was constructed in 1860 to educate the growing population of children.

After Boulder was incorporated as a city in 1871, the settlement experienced major developments, including the arrival of railway connections in 1873, the University of Colorado, a hospital and a bank in 1874, and the County Courthouse in 1883 - all key events in the history of Boulder. 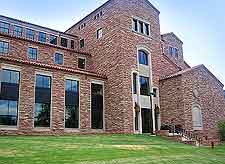 By 1892, the first private school opened and a few years later, in 1887, a Chautauqua auditorium (which still operates today) was established, with tourism having become a major industry for the city. As a result, the Hotel Boulderado was opened to accommodate tourists in 1909.

As mentioned, one of the first major buildings constructed in the city of Boulder was the University of Colorado. Today, this higher education institution ranks amongst the most renowned universities in the country, with a student population of just under 30,000. Visiting the old main building is a must.

Tourism in the 20th Century

The 1900s saw the ever-increasing significance of tourism in the city. By the 1950s, natural preservation of the local environment and cleaner transportation methods were high on Boulder's agenda for tourism purposes, and the University of Colorado was beginning to develop into an important source of economic revenue for the city.

Between the 1950s and '80s, an age of innovation splurged through the city of Boulder. It became a center of high-tech industries, especially when it came to national laboratories, such as the National Oceanic and Atmospheric Administration, and the National Center for Atmospheric Research. Recent trends in Internet businesses have seen plenty of such businesses develop and grow here in Boulder. 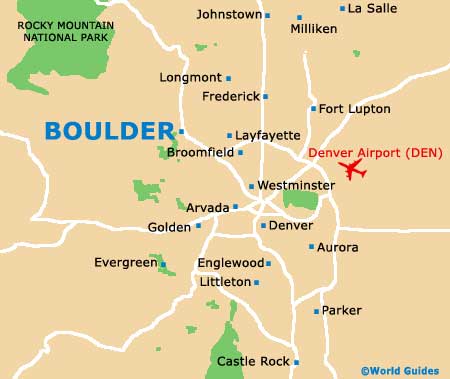