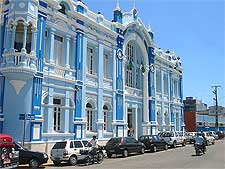 Lying on the coast at the closest point in South America to Europe, Natal was among the first areas of modern-day Brazil to be visited by the Portuguese. That was in 1501 and at the time it was inhabited by the Potiguar tribe.

The area soon became a colonial battleground as French pirates continued to exploit the area with the help of the natives. However, despite this long pedigree of history, Natal has been somewhat of a Brazilian backwater over the centuries.

It wasn't until 1597 when Francisco de Sousa, the ninth governor general of Brazil, expelled the French, and Portugal finally exerted control over Natal. Two years later Albuquerque Maranhao, the man largely responsible for driving out the French, completed construction of the Forte dos Santos Reis on Christmas Day. Natal, meaning Christmas in Portuguese, was born as a village that grew around the brick walls of the fort, and they remain in excellent condition to this day. 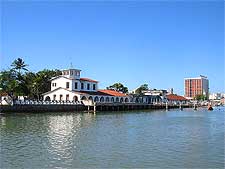 Despite its strategic position, the fort (and its Portuguese inhabitants) soon found itself under renewed attack. In 1633, Dutch forces managed to occupy the stronghold, along with the surrounding settlement.

They held it for some 21 years, renaming the battlement Fort Cuelen. It was not until 1654 that the Portuguese were finally able to re-assert their control of the area as part of their Brazilian colony.

The poor, sandy soil meant that, unlike many Portuguese settlements in this corner of South America, Natal was unable to produce sugar. From the 17th to the 19th century, Natal therefore missed much of the boom that took over other port cities further down the coast. Instead, its dry interior became a major centre for cattle. It was during this period that 'carne de sol', or sun meat, was first produced, and this is now a common snack throughout northern Brazil. 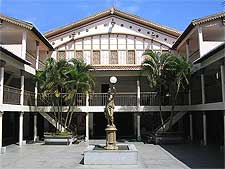 Natal was largely bypassed as cities further south made their fortunes in sugar and gold, but it soon had its own boom. Salt, and later oil, were found in huge inland reserves and soon prompted the fastest growth in Natal's history.

From a town of cattle ranchers, the city grew into a major exporter of these prized commodities, aided by its prime position 'close' to Europe, the US and Africa. In the early 1940s, Natal was dragged into World War II when the Americans established an airbase at adjacent Parnamirim, in order to help support allied troops fighting in North Africa.