Bursa Weather, When to Go and Climate Information 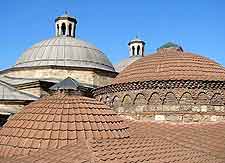 Standing on the north-westerly side of Turkey and influenced by its proximity to the Sea of Marmara, the city of Bursa enjoys a very similar climate to that of Istanbul, with warm summers, mild winter weather and more than enough sunshine for most holiday makers. To avoid the summer crowds, many tourists do choose to visit Bursa in either April and May, in the spring, or in the early autumn, between September and October.

Both of these times are equally appealing and see temperatures usually well above 20°C / 68°F. However, if it is a hot Turkish climate that you crave, then the weather in June, July and August is for you, when daytime highs regularly top 30°C / 86°F and have been known to climb considerably higher, with up to 12 hours of sunshine a day 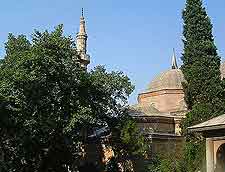 Rainy weather is most likely in December and this month sees a rainfall of around 300 mm / 11.8 inches and the start of some frosty nights. The occasional spell of heavy snow has been known to occur in January or February, when the downhill skiing opportunities on the adjacent Mount Uludag really come into their own.