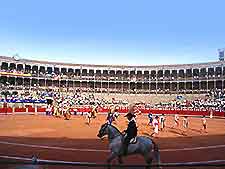 Each year, Salamanca offers a considerable calendar of events, with many notable annual celebrations. The most popular festivals in Salamanca include lively carnivals each February, the Muestra Nacional de Jazz (National Jazz Festival) at the beginning of March, Salamanca's Holy Week festivities at Easter, and the Corpus Christi festival in June - which is based around the Old Cathedral.

A number of additional events also take place at nearby cities, towns and villages, close to Salamanca, including the Romeria de la Virgen del Castanar in September, which is held in El Castanar and attracts thousands of visitors from the Salamanca area.