Getting Around, Seville Travel, Transport and Car Rental 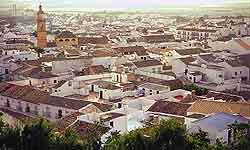 The Andalucian capital lies on the south-western side of Spain, being within comfortable driving distance of the Portuguese border. Travel connections in Seville are everything that you would expect in a modern city with a population topping 700,000 people. Public transport here comprises a surprisingly efficient network of buses, along with a recently opened metro train network and a new tram service.

The Seville metro opened in the spring of 2009 and plies a U-shaped route, which stretches for just under 20 km / 12 miles and connects areas such as the Plaza de Cuba, the Prado de San Sebastian and also San Bernardo. Currently divided into three zones, the metro operates from 06:30 to 23:00 Monday to Thursday, and between 06:30 and 02:00 on Friday and Saturday.

Tourists who are planning a holiday with much sightseeing involved may like to consider the purchase of a Seville Card (Sevilla Card), which boasts unlimited usage of the city's public transportation, as well as free admission to museums and other attractions. The card also provides free trips on local sightseeing buses and cruises on the Guadalquivir River.


The is served by the San Pablo Airport (Seville Airport).

Many of the main roads in and around Seville are fairly new and in good condition. When arriving by car from another country, visitors need no special documentation, just the relevant papers from your country, such as your driving licence, vehicle registration documents and insurance details. When hiring a car here, you simply need to show your current driving licence.

Seville bus transport comes in the form of single-decker buses, which are usually orange in colour. You simply board at the front of the bus and either pay the bus driver, punch your ticket or show your travel card. Bus stations in the city are based at the Plaza de Armas and the Prado de San Sebastian.

Seville is typical of most Spanish cities and has a good supply of taxis, both day and night. Taxis are always white and have a logo on the doors, displaying the official taxi licence number. Meters begin with a basic fare, but additional charges are usually made for luggage, night-time driving and travel on public holidays. Many Spanish taxi drivers do not speak good English, meaning that it is useful to know a few key words, although this is not essential.

This city is well pedestrianised and tourists will find it easy to walk around the centre. Many of the major sights are often only a short walk from the principal hotels and the tourist information offices provide a brochure entitled 'Paseando por Sevilla' (strolling around Seville), which suggests some interesting walks around the city.

Seville's main coach station resides within the city centre, at the Plaza de Armas. This modern bus station has plenty of ticket booths and an information desk, while there is even a shopping mall. From this station, there are coaches that travel to destinations all over Spain, such as Madrid and Barcelona, as well as trips to France and Switzerland.

The main train station in Andalucia is Seville's Santa Justa train station, which is relatively new. This modern building is large and spacious, with excellent facilities, including a restaurant, ATM cashpoint machines, currency exchange and some gift shops. It is an easy station to use and all trains and platforms are visible through large windows. There are good transport connections to all major Andalucian towns and other cities nearby. From here, it takes around three hours to travel to Madrid by train and in the region of nine hours to reach Barcelona.