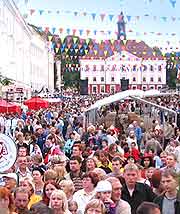 There is an extraordinary selection of festivals to be found in Tartu, which are extremely diverse and range from sporting events in the cold winter months, to open-air concerts in the summer. With so many things to do in Tartu, regardless of the time of year, do make sure that you don't miss out on one of the biggest of the city's festivals.

Particularly noteworthy in the middle of February each year is the Ski Marathon, which is always watched by crowds of spectators. This popular 60-km / 37-mile race takes place on the cross-country skiing tracks close to Otepää.

Marking the beginning of spring and taking place towards the end of April, the University Spring Days Festival is another of Tartu's fun-filled events and features processions, boat rallies and partying over a period of around five days. 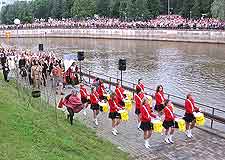 Mid-March is a time for music and entertainment, provided by the world music festival known as World Music Days, which may be fairly small and low key, but does always manage to attract some leading performers. One of the largest and most significant sporting events held in the city is the Tartu Bicycle Marathon, which is held in late May. Cyclists compete along a track measuring 136 km / 85 metres and a similar second race is also held in the middle of September.

The summer Hansa Days Festival (Hansapäevad) is one to look out for in Tartu and features a large handicrafts market around the Old Town area, along with various workshops, live entertainment and even a jousting competition. 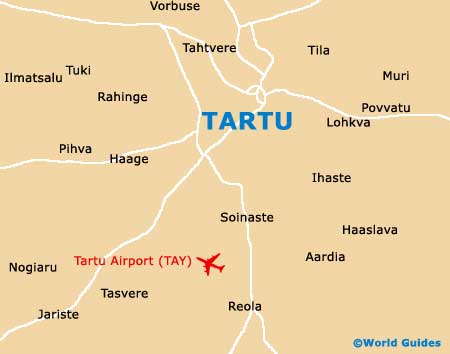