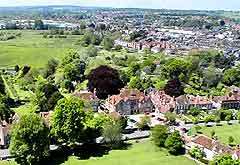 A city steeped in history, Salisbury contains a healthy selection of museums, a number of which are based around the famous Cathedral Close. These include the Salisbury and South Wiltshire Museum, the Wardrobe Military Museum, Mompesson House and the Medieval Hall, all of which are just a stroll away from the actual cathedral.

If you prefer art galleries, then the Salisbury Arts Centre on Bedwin Street is well worth a look and is housed within the rather splendid St. Edmund's Church, which is actually an important Grade-II listed building. Just outside of the city, the Wilton Carpet Factory stands close to Wilton House and is famous in Wiltshire for its historic carpet making industry, which dates back almost 300 years.

Address: The King's House, 65 The Close, Salisbury, Wiltshire, SP1 2EN, England
Tel: +44 (0)1722 332151
The Salisbury and South Wiltshire Museum, situated in the Cathedral Close in the heart of the city, is one of the most popular cultural attractions of its kind in Wiltshire. Attractions at the Salisbury and South Wiltshire Museum include an award-winning, redesigned Stonehenge gallery, the Monkton Deverill gold torc, paintings - including some excellent watercolours by Turner, the famous Warminster Jewel, displays of pottery, porcelain and Wedgwood, and many other important and interesting historic and archaeologic collections. This cultural highlight has been designated as one of national importance.
Open hours: Monday to Saturday - 10:00 to 17:00
Admission: charge, discount available for children and families, children five years old and under are free 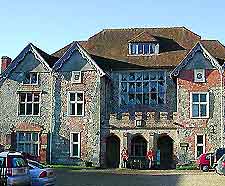 Address: 58 The Close, Salisbury, Wiltshire, SP1 2EX, England
Tel: +44 (0)1722 419419
The Wardrobe Military Museum, often known simply as 'The Wardrobe', is situated next to the stunning Salisbury Cathedral and this building houses the museum of the Royal Gloucestershire, Berkshire and Wiltshire Regiment. This historic building dates back to the mid-13th century and became known as 'The Wardrobe' as it was regularly used as a clothing store by local bishops in the 14th century. This attraction has many fascinating exhibits, include displays about the history, training and lifestyle of the Royal Berkshire Regiment, the Wiltshire Regiment and the Duke of Edinburgh's Royal Regiment. Other attractions at the Wardrobe include large, landscaped gardens, which lead down to the nearby River Avon, and a highly-acclaimed restaurant in the 16th-century coach house.
Open hours: February to December, daily - 10:00 to 17:00, April to October, daily - 10:00 yo 17:00, February, March, November and December, Tuesday to Sunday - 10:00 to 17:00
Admission: charge, discount available for children and families 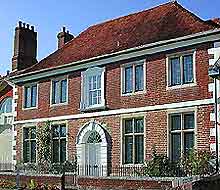 Address: The Close, Salisbury, Wiltshire, SP1 2EL, England
Tel: +44 (0)1722 335659
Mompesson House, owned by the National Trust, is over 300 years old and can be found in Salisbury's famous Cathedral Close. This historic building is an excellent example of Queen Anne architecture and attractions include an elegant interior, period features and plasterwork, an impressive oak staircase, and a number of splendid paintings. Other attractions at Mompesson House include antique furniture, a walled garden area and a popular tea room. Mompesson House is famous in Salisbury for appearing in the award-winning Lane Austen film 'Sense and Sensibility'.
Open hours: April to October, Saturday to Wednesday - 11:00 to 17:00
Admission: charge, discount available for children and families

Address: The Close, Salisbury, Wiltshire, SP1 2EY, England
Tel: +44 (0)1722 412472
This Medieval Hall is situated in Cathedral Close, close to Salisbury Cathedral. This magnificent 13th-century banqueting hall features a museum area, with information about the history and construction of the Medieval Hall itself, including a 30-minute film about Salisbury through the ages.
Open hours: daily, April to September - 11:00 to 18:00
Admission: free

Address: The Original Weaving Works, King Street, Wilton, Wiltshire, SP2 OAY, England
Tel: +44 (0)1722 744919
The Wilton Carpet Factory is situated on the outskirts of Salisbury, close to Wilton House. There are a number of interesting exhibits and displays about the history of Axminster carpet making at this illustrious factory. Attractions at the nearby Wilton Carpet Factory include the 18th-century courtyard, regular hand-weaving demonstrations, guided tours, and the Wilton Town Museum, with interesting information about the 1000-year history of Wilton itself.
Open hours: Monday to Saturday - 09:30 to 17:30, Sunday - 11:00 to 17:00
Admission: charge, discount available for seniors, children and families

Address: Bedwin Street, Salisbury, Wiltshire, SP1 3UT, England
Tel: +44 (0)1722 321744
The Salisbury Arts Centre is a popular attraction in the Salisbury area and was established around 30 years ago. With regular theatrical performances, dance, music, family shows, workshops and art exhibits in the gallery area, the Arts Centre also features a number of demonstrations throughout the year. Close by is the Royal George public house, should you fancy a spot of pub grub after checking out the gallery's art works.
Open hours: Monday to Friday - 10:00 to 17:30

Other art galleries nearby Salisbury include:

Other museums nearby Salisbury include: