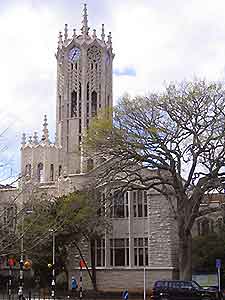 New Zealand's biggest city is Auckland, a pleasant and lively urban centre with an interesting blend of Polynesian and Anglo culture. The contemporary history of Auckland began with the mercantile aspirations of major colonial traders like Joseph Brooks Weller, who wanted a supply and trade post on the North Island.

Of course, the Maori had been in the area for centuries before that and continue to exert a strong presence in the city, which now boasts the world's largest Polynesian population.

The indigenous Maori people are believed to have settled in the area around the Auckland isthmus in approximately 1350 AD. The fertile soil and rarity of two harbours provided plenty of food and natural resources. The Maori built fortified villages around the volcanic peaks of the area, where earthworks are still visible in places like One Tree Hill and Mount Eden.

When the first Europeans arrived on the scene, the Tainui and Ngati Whatua were the two main Maori tribes living in the area. The Europeans brought muskets, which were traded with tribes to the north, who then raided the land of the Ngati Whatua in the 1820s. This was a violent decade on the North Island and the period was known as the Musket Wars.

By the end of the 1830s, pressure was mounting on the British government to intervene in this conflict, to protect both the Maori and the white settlers. The Treaty of Waitangi was signed in 1840, in which seven warring Maori chiefs agreed to stop fighting. Smallpox and displacement resulted in the Maori being a minority group in the Auckland area less than ten years later.

After the Treaty of Waitangi was signed, Auckland made history by becoming the first capital city of New Zealand. Land was purchased from the Ngati Whatua amidst tribal hopes that colonisation would bring increased trade and security from the British. This prestige only lasted two decades, when the capital was moved to Wellington in 1865, due to its more central location.

Auckland's next appearance in history was as the base for Governor George Gray's campaign against the Maori kings in the 1860s. His master plan was to open up the traditional land of the Maori kings by building roads that would allow easier access for soldiers and settlers. The Great South Road was part of this plan.

Though most of the early settlement in New Zealand was on its South Island, Auckland emerged as the commercial capital by the end of the 19th century. The port area around Commercial Bay grew rapidly, became overcrowded and suffered from the usual problems associated with rapid growth.

By the beginning of the 20th century, Auckland was already looking towards its suburbs to deal with its expanding population. North Shore City was one of the first areas to get suburban residential development, linked to the inner city by a system of modern trams, trains and ferries.

By 1959, the Auckland Harbour Bridge added road travel to the transport network, which by then was almost entirely dominated by roads and cars. As a result of this development, Auckland has one of the world's highest concentrations of car ownership and least-densely populated urban centres. 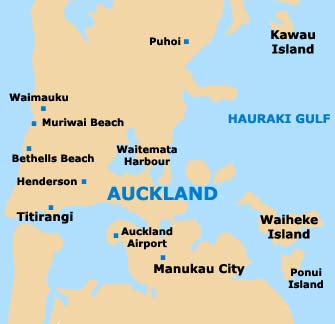