Hurghada Weather, When to Go and Climate Information 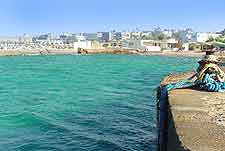 The climate in Hurghada can be summed up in just two words, hot and dry. Lying on the eastern coast of Egypt and alongside the Red Sea, Hurghada is known for its pleasant year-round weather. 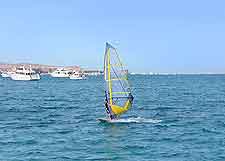 As a result of the enjoyable summer weather, Hurghada has become an especially popular holiday resort during the summer months, both with visitors from abroad and locals in Egypt. Each year, many Egyptians choose to holiday in Hurghada, to escape the greater heat from their cities, such as Aswan and Luxor, where summer temperatures are considerably higher and at times, quite overpowering and hard to endure.

The summer weather and climate in Hurghada during the daytime can be fairly hot and temperatures only drop slightly at night, when balmy evenings can be expected and air-conditioning in hot rooms is essential for a good nights' sleep. However, the difference between day and night temperatures is more marked in the winter months of January and February, when daytime highs of 21°C / 70°F plunge to 10°C / 50°F or less, feeling chilly and meaning that a jumper and jacket become necessary. 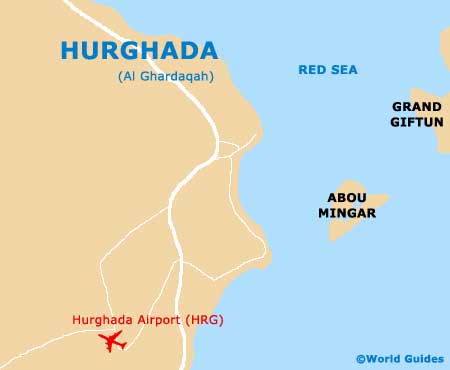