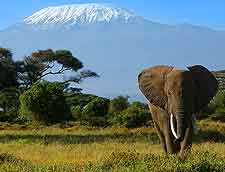 An African country packed with deserts, mountains, wildlife and beaches, Kenya offers endless reasons to visit. Many tourists favour the beach resorts fronting the Indian Ocean, while others come to climb Mount Kenya, enjoy a safari or hot-air balloon ride at the Maasai Mara National Reserve, or to marvel at the Kakamega Rainforest and the aptly named Great Rift Valley.

For many visitors, it has long been the wildlife attractions of Kenya that continue to prove the biggest tourism magnet for the country. A number of popular Kenyan national parks and reserves provide the chance to experience wild African animals in their native surroundings, with elephants, giraffes, leopards, lions and zebras usually being particular favourites, together with the renowned migrating wildebeest. Others choose to snorkel at the Malindi Marine National Park, where exceptional tropical coral reefs await. 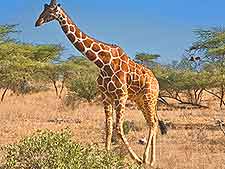 Nairobi serves as the capital of Kenya, with this city being home to the best selection of tourist information, travel agencies, hotels and shops. Other notable Kenyan tourist destinations include: 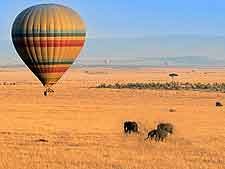 Countless tourists holidaying in Kenya never stray far from the beaches surrounding Mombasa. It is here where you will discover the renowned Diani Beach and its resident monkeys, as well as the neighbouring beaches of Kilifi, Shelly and Tiwi. Those based within the capital city will find that the main attractions include the Nairobi Arboretum, the Nairobi Zoo, the Snake Park, the Uhuru Park, the Nairobi Mamba Village and the ever-popular Giraffe Manor. Also based in Nairobi is the conservation-led Elephant Orphanage and also the Panari Sky Centre, where a huge ice-skating rink provides something a little different. More information about Kenya Tourist Attractions. 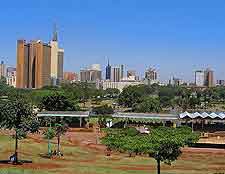 When it comes to landmarks in this African country, the most impressive tend to be created by the hand of nature, with its namesake Mount Kenya ranking amongst the most famous. Also of great note is the simply enormous Menengai Crater within the Great Rift Valley, along with the spreading Lake Victoria, while for man-made structures, be sure to look out for Fort Jesus in Mombasa, the striking Mnarani Ruins in the Kilfi District, and the ruined palaces of Gedi. In Nairobi, the State House, the Jomo Kenyatta Mausoleum and the Parliament Buildings are all hard to miss, although the nearby traditional Bomas of Kenya village homesteads are also worthy of some attention. More information about Kenya Landmarks and Monuments. 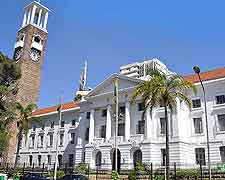 Kenya is well-known throughout the world for its important fossils, and it was here, some 20 million years ago, where descendants of modern-day man (hominids) once lived. Fossils and prehistoric artefacts make up a sizeable part of the collections housed at the National Museum of Kenya in Nairobi, as well as at the Koobi Fora Museum in Lodwar. Just outside of the capital, the Karen Blixen Museum celebrates the 1985 award-winning movie 'Out of Africa', which starred both Meryl Streep and Robert Redford. Additional cultural highlights include the Railway Museum and the Rahimtulla Museum of Modern Art (RaMoMA), both of which are located within Nairobi. The Mount Kenya Art Galleries of Nanyuki may also be of interest, particularly if you are looking for souvenirs in the form of African masks, wooden animal sculptures or musical instruments. More information about Kenya Museums and Kenya Art Galleries. 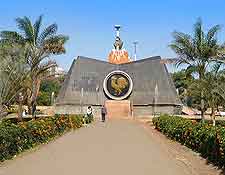 There is certainly no denying that Kenya is a vast country and contains more than enough appealing attractions to more than comfortably fill any vacation. However, those looking to see even more of Africa may like to consider excursions to one or more of the surrounding African countries. Directly to the north is Ethiopia, which is far from being just desert wasteland and boasts a surprising amount of lush countryside. The main attractions of Ethiopia reside in Addis Ababa, as well as around the Bale Mountains, the Simien Mountains, the Awash National Park and the Omo National Park. To the east, tourists generally avoid Somalia due to its ongoing violence, preferring instead to head southwards to Tanzania, home of Mount Kilimanjaro. Directly to the west of Kenya, Uganda boasts a series of expansive nature reserves, with the nearby Queen Elizabeth Park being particularly easy to reach. More information about Kenya Attractions Nearby. 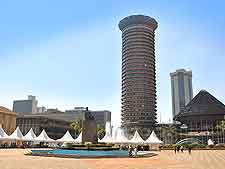 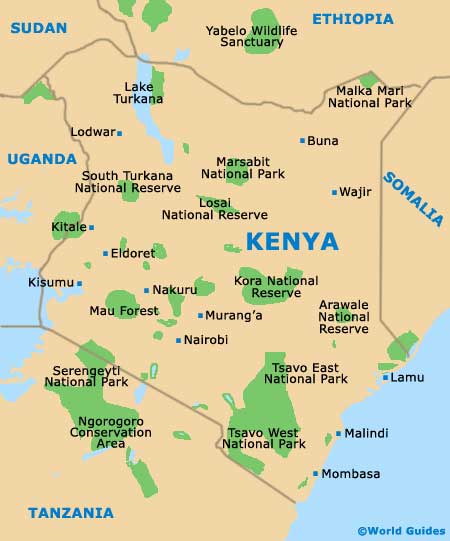