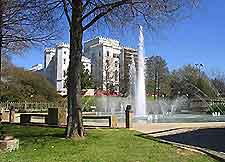 Like New Orleans, Baton Rouge's character is European in style and features a number of striking landmarks and historic monuments.

Spanish and French influence remains strong in Baton Rouge's two historic districts, Spanish Town and Beauregard Town. Here you can find several impressive examples of southern mansions, as well as two of the city's most famous landmarks, the Old State Capitol and the Governor's Mansion. 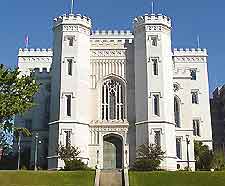 Address: 100 North Boulevard, Baton Rouge, Louisiana LA, 70801, USA
Tel: +1 225 342 0500
Described as a 'monstrosity' by Mark Twain, the Old State Capitol has non-the-less survived the test of time and is now considered one of the state's most impressive Gothic Revival structures. The building overlooks the Mississippi River and was in use from 1850 to 1932 as the seat of the state government. Baton Rouge's Old State Capitol has even served as a prison, but today it has been restored as a museum to the history of Louisiana and a state archive.
Open hours: daily - 09:00 to 16:00
Admission: free 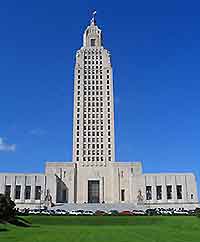 Address: 412 North Street, Baton Rouge, Louisiana LA, 70802, USA
Tel: +1 225 387 5928
Located downtown, St. Joseph's is one of the oldest churches in Baton Rouge and occupies a site that has had a church on since the 1790s. The symmetrical exterior is traditional, but contrasts with the modern interior furnishings from 20th-century renovation, which includes set arched, stained-glass windows and a raftered ceiling.
Open hours: daily
Admission: free 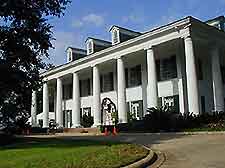