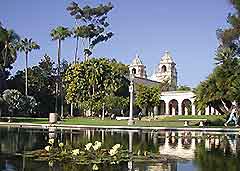 San Diego is home to a wide variety of gardens and parks, including some of the largest urban parklands in the country. Many of the city's parks boast stunning natural scenery and wildflowers, along with landscaped gardens and a myriad of cultural and historical sites.

Balboa Park is where you will find a number of extremely popular attractions, including numerous museums and the famed San Diego Zoo. This important cultural hotspot covers approximately 1,200 acres / 485 hectares and comes with a number of old landmarks, built when it hosted the California Pacific International Exposition in 1935, with the area being declared a National Historic Landmark District in the late 1970s. 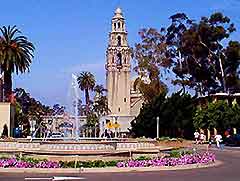 Address: El Prado, Balboa Park, San Diego, California CA, 92101, USA
Tel: +1 619 239 0512
Located in the heart of San Diego and one of its most treasured locations is Balboa Park, established in 1835 and officially opened 1868, and now the largest urban cultural park in the whole of the US. Balboa is home to wonderful landscaped gardens and no less than 13 major museums, including the San Diego Museum of Art, the Museum of Man, Marston House, the Air and Space Museum and the Model Railroad Museum. San Diego Zoo, numerous hiking trails, an IMAX theater and the stunning Spanish-Moorish buildings that line El Prado are also situated within the grounds.
Open hours: daily - 24 hours
Admission: charge for some attractions

Address: Jackson Street / Taylor Street, San Diego, California CA, 92103, USA
Presidio Park encompasses the green hillsides overlooking Old Town San Diego and is popular among local picnickers. The park features a scenic walk to the summit, with sights to look out for including the old ruins of Casa de Carrillo, built in 1820. The public Presidio Hills Golf Course stands right next door, should you have time for a round.
Open hours: daily
Admission: free

Address: 4949 Tealtown Road, Milford, Ohio OH, USA
Tel: +1 513 831 1711
Home to the rare Torrey Pine and some beautiful coastal scenery, this nice secluded park was first established in 1921. Highlights at the Torrey Pines State Reserve include the high limestone cliffs onto which pine trees cling, and the plentiful wildflowers, most of which tend to bloom during the spring.
Open hours: daily - 08:00 to sunset
Admission: charge, discounts available for seniors 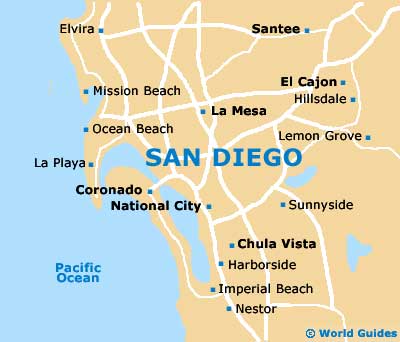