Niagara on the Lake History Facts and Timeline

(Niagara on the Lake, Ontario, Canada) 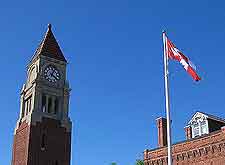 The history of Niagara on the Lake is one of the most unusual of any Canadian town. Famed for the George Bernard Shaw Festival, the town was once the site of an Indian village which saw battle in the War of 1812.

Today it is noted for its ice wine, its many galleries and antique shops, as well as its charming bed and breakfasts and numerous historic structures.

Originally a Native Indian village named Onghiara, the land on which today's Niagara on the Lake stands was bought from the Mississaugas by the British in 1781. Here, they established Butlersburg, which later became West Niagara. Families set up homes on the cleared land and Fort George was built. Governor Simcoe named the site Newark, which was to be capital of Upper Canada for a time, although its proximity with the American border made it an unlikely bearer of the title.


Newark became Niagara at the end of the 18th century. St. Mark's Church, Ontario's oldest Anglican Church, was erected in 1792, while another historic structure, McFarland House, was built at the turn of the century. The latter, used by the Americans as officers' quarters in the War of 1812, is the town's oldest surviving building. 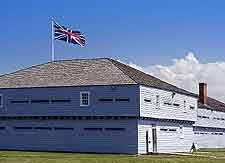 American forces invaded Canada during the War of 1812, capturing and subsequently destroying the town, with one of the most famous battles of the war fought at Queenston. Many African-Americans and Loyalists, some of which were Butler's Rangers formerly based at Fort Niagara, settled here at this time.

The British rebuilt the town, introduced industry and changed its name to Niagara on the Lake, to differentiate it from nearby Niagara Falls. However, it only officially took this title in 1970, when the township and town of Niagara were joined. 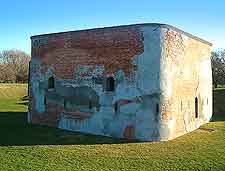 Niagara on the Lake retains many Regency and Classical Revival buildings, evidenced by the town's presence on the National Historic Site of Canada list. The town's old buildings of interest include the Court House building, the Clock Tower and the Apothecary. Queen Street is the main thoroughfare and has the best examples, many of which have today been converted into wine bars, cafés and charming bed and breakfasts.

Fort George is well preserved and guided tours are offered, while many visitors come especially for the George Bernard Shaw Festival, to see productions at the Court House and the Royal George theaters from April to November. Other historical highlights include carriage rides in the old town, ghost walks (by way of haunted pubs and homes) and the New Vintage Festival.

Since the region has such fertile soil and a mild climate, owing to the tempering action of the lakes, Niagara on the Lake has become a center for fruit production, specifically grapes and grape vines, for which it has become one of Canada's main centers. Tours of nearby wineries are run from the town and include the history of viticulture here.

Niagara on the Lake has witnessed several firsts for Canada, including the country's first parliament, its first historical museum, its first newspaper and its first lending library.

Niagara on the Lake 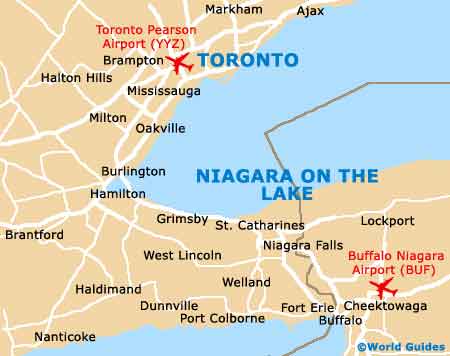