Getting Around, Moscow Travel, Transport and Car Rental 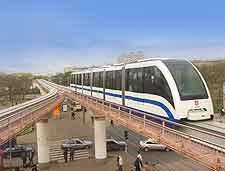 Many visitors staying in Moscow are often surprised to discover that the city's public transport network is so well developed. The metro is the favoured way to travel around the city by many and these subway trains travel along direct underground routes.

However, public transport in Moscow consists of far more than simply its inexpensive metro system. Buses, trolleybuses and streetcars (trams) provide popular alternative ways to travel around Moscow. There is even a modern monorail train in the city, which transports passengers to the Metro Timiryazevskaya station and enjoys elevated views along the way. 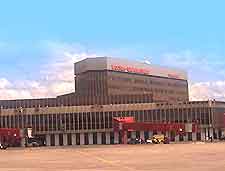 Address: Leningradskoe Highway, Moscow, RU-103340, Russia
Tel: +7 095 578 9101
Each year, nearly 23 million people fly into Sheremetyevo International Airport and then travel to Russia's nearby capital, which is situated to the north-west and roughly 30 km / 20 miles away.

Aeroflot is the main airline currently operating at Moscow's closest airport and connects many prominent cities across the Russian Federation, Europe and the USA. The city centre is connected by the Leningradskoye Shosse, although this stretch is known for its regular traffic jams, which can add considerably to travel times. 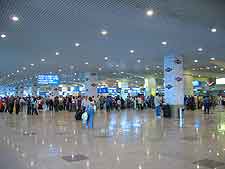 Express buses offer the cheapest and most convenient form of transport, although some of the biggest hotels do provide their own shuttle bus service. 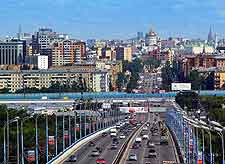 Traffic around central Moscow can often be extremely heavy and most Russian drivers are far from patient, particularly when it comes to hesitant foreigners. It is therefore sensible to avoid the central bottlenecks at all costs and use only main roads. When parking in Moscow, choose only the guarded parks, which are referred to locally as 'platnaya stoyanka' and often provided by many of the hotels. 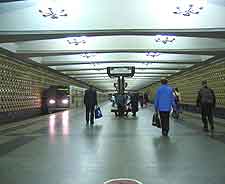 A vast city filled with interest, underground subway transport has long been one of the best ways to travel around much of Moscow. The metro system is a truly comprehensive network and offers fairly good value for money. Tickets for metro trains can be purchased at the stations, from either staffed booths or from actual ticket machines. Multi-trip tickets are especially convenient and mean that you can avoid having to queue when travelling on the metro.

Taxi transport in Moscow is never hard to come by and cabs can usually be hailed from most main streets, whatever the time of day or night. Before you step inside of the actual taxi, you should first tell the driver where you wish to travel to and negotiate a fare. Many taxis drivers in Moscow do not speak English and so it is often easiest to either point to a map, or use metro stations as your point of reference. 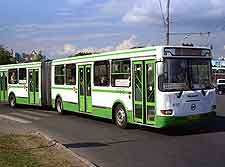 Although for many tourists, the metro trains are the 'only' way to travel in the city, Moscow is actually home to a good public transport system comprising buses, trolleybuses and also electric trams. Whilst these are cheap and often quite convenient, they are best avoided during rush hours, since they do tend to frequently get caught up in traffic jams. Tickets for buses and trams can be purchased onboard, although they are considerably cheaper when bought at the silver kiosks, close to most metro stations. 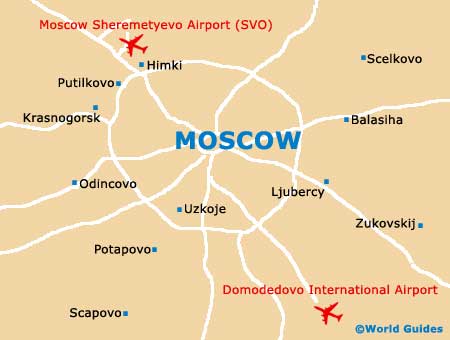