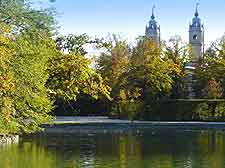 In Parma, there are plenty of places in which visitors can take a welcome break from sightseeing, relax in the sunshine and watch the world go by.

These include Parma's many squares and small parks and gardens.

However, to really escape the hustle and bustle of city life, there's no better way than to cross the River Parma and take a stroll around the city's most popular park, the Parco Ducale.

Parma's best-known park can be accessed from Ponte Verdi, Via dei Farnese, Ponte Caprazzucca, Via Kennedy or Via Pasini. The park is a real haven for those wishing to enjoy a relaxing walk, or simply escape the busy city for a while. Children are well-catered for and there is even a merry-go-round. Families come to feed the ducks that swim on the park's lake and admire the fountain at its centre.
Open hours: daily, April to October - 06:00 to midnight; November to March - 07:00 to 20:00
Admission: free 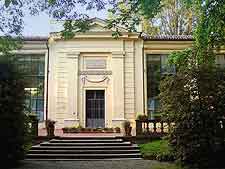 Address: Via Farini, 90, Parma, Italy, IT
Tel: +39 0521 233 524
A stroll around Parma's Orto Botanico brings you face to face with exotic plant species as well as a plethora of local flora. Originally conceived in the name of science, this walled botanical garden today remains a haven for serious botanists as well as those in search of a pleasant place in which to relax. Look out for the 'Ginkgo biloba', a distinctive tree with heart-shaped leaves and a striking butter-yellow autumn colour, brought to the garden back in 1795.
Open hours: Monday to Saturday - 08:00 to 12:00 and 14:00 to 17:30
Admission: free

Address: Viale Rimembranze 5, Parma, Italy, IT
The Parco Cittadella started out life as a military site back in the 16th century. Today, however, it is a popular place for both visitors and locals, particularly joggers. Within its bastion, the Cittadella's expanse of green space includes various sports and play areas.
Open hours: April to September - 06:30 to 20:00; October to March - 07:00 to 19:00; November to February - 07:30 - 19:00
Admission: free

Located on the outskirts of Parma, this large green area of land surrounds the Ducal Palace of Colorno. Although it was commissioned back in the 15th century, it wasn't until the 18th century that one Francesco Farnese began to create a garden. The result was a park that was inspired by both Italian and French landscaping. The 19th century saw the garden transformed into an English park by Maria Luigia of Austria. Having suffered somewhat during the Second World War, the park is the subject of some restoration.
Open hours: daily
Admission: free 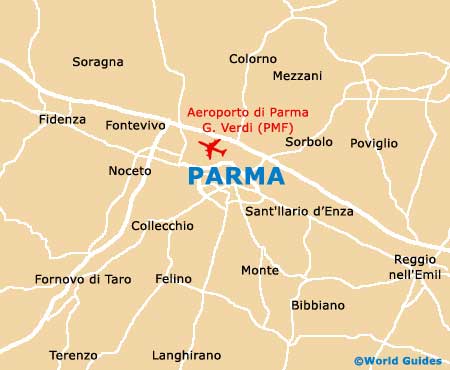