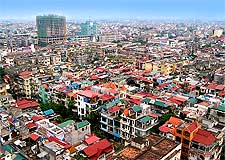 Situated on the west bank of the Red River, Hanoi is a 1,000-year-old city and has spent much of its time as Vietnam's political centre. As such, it is crammed with historical sites such as Ho Chi Minh's mausoleum, the Temple of Literature and Hoa Lo Prison.

The city features little in the way of modern architecture, with its atmospheric streets lined with traditional buildings which appeal to visiting tourists. Home to almost four million people, Hanoi is now considered one of South-East Asia's most popular travel destinations.

The Temple of Literature

Although settlers are known to have inhabited the area since 3000 BC, the city only began to use the name Hanoi in 1831. Prior to this time, it was known by a variety of Chinese names. One of the better-known names in the early history of Hanoi was Thang Long, which is still occasionally used today. 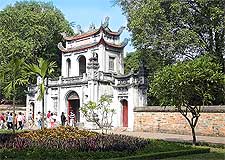 Thang Long became Dong Do (Eastern Capital) in 1397 before being conquered by the Ming Dynasty in 1408 and renamed Dong Quan. Ming rule was a short-lived period in Hanoi history however, as the city was retaken by the Vietnamese in 1428 and renamed Tonkin.

The city remained the capital until 1802, when the Nguyen Dynasty bestowed this status upon the city of Hue, with Hanoi referred to as Bac Thanh (Northern Citadel) during this intermediate period. 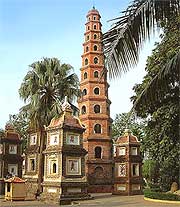 The city reverted back to Thang Long once again in 1802, before Nguyen ruler Minh Mang officially named the city 'Ha Noi' in 1831. Hanoi was taken by the French in 1883 and later appointed the capital of French Indochina.

Apart from a brief occupation by the Japanese in WWII, the city was occupied by the French until 1954. The end of this era was one of the more turbulent times in the history of Hanoi, as Vietnamese rebels battled hard for independence.

In 1954, French forces were eventually defeated by the Viet Minh, and Hanoi became the capital of the newly established communist state of North Vietnam, led by Ho Chi Minh. 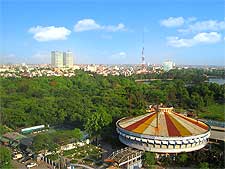 Ho Chi Minh led North Vietnam from the time France gave up Indochina in 1954 until his death in 1969, and he is still considered to be the father of the country. His body has been entombed in an imposing mausoleum overlooking Ba Dinh Square, with his resting place having become a pilgrimage site for all Vietnamese. Foreign visitors are also regularly spotted here in smaller numbers, often combining a visit to the mausoleum with a visit to Ho Chi Minh's Vestige, near the Presidential Palace. The Vestige features two houses where Ho Chi Minh resided between 1954 and 1969. 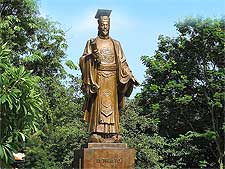 Hanoi was hit during the Vietnam War as US forces bombed bridges and railways in an attempt to break the North Vietnamese infrastructure. Visitors can learn more about these times by visiting sites such as both the Army Museum and the Vietnamese Air Force Museum.

The Hoa Lo Prison became notorious as the Hanoi Hilton during the war, holding US prisoners of war. However, most exhibits at the museum, which is housed in the former prison, concentrate on the French period when it was used to hold and carry out executions on Vietnamese prisoners.