Sapporo Weather, When to Go and Climate Information The seasonal climate in Sapporo is easy to sum up - hot summers with plenty of sunshine, followed by cold, snowy winter weather and seasonal north-westerly winds. Each of the four seasons in Sapporo has something quite different to offer and you will need to pack accordingly, with light clothes during the summer climate and heavy coats being a necessity in the chilly winter weather.

Even during the summer months, a jacket, raincoat or umbrella may be needed, with an average of between 10 to 12 days of rainy weather expected, in some form or other, and highs of 26°C / 79°F or higher, occasionally topping 30°C / 86°F between July and August. Showers can be either short lived or heavy, often followed by plenty of strong summer sunshine, which affects humidity levels. 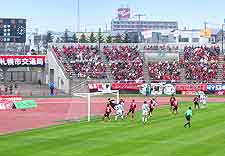 The winter weather in Sapporo is remarkable and the city is known for its heavy 'dusty' snowstorms and chilly climate, a result of its northern location in the Hokkaido region of Japan. Over the winter period, Sapporo can expect snowy weather on an almost daily basis and an average annual snowfall exceeding 5 metres / 16.4 feet, with levels varying greatly region by region, district by district.

Temperatures plummet between December and February, hovering around freezing by day and frequently falling to below -5°C / 23°F or lower by night. Gusty breezes in Sapporo often blow in from the Sea of Japan during the winter months and right across Hokkaido, creating a significant cold mass and a local phenomenon known as 'Ishikari Bay's small atmospheric lows'. During the most frosty days, it is possible to buy specially designed soles around Sapporo, which can be fitted to shoes to create extra grip and prevent slipping.

As spring approaches and the snow quickly begins to melt, the attractive crisp whiteness of the snowfalls soon turn to a slushy brown, although this soon vanishes. Temperatures in Sapporo rise sharply as soon as April arrives and it is not long until they are well above 10°C / 50°F or more, rising to around 20°C / 68°F towards the end of May. 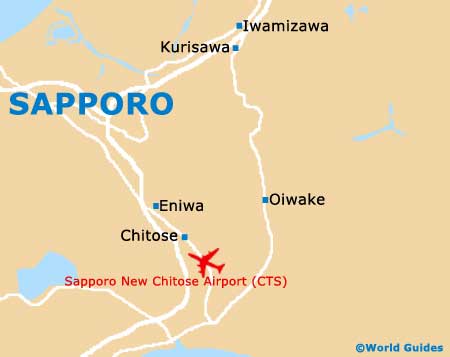