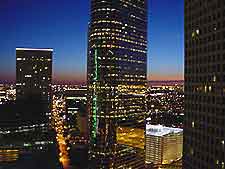 Since the 1960s, the LGBT scene in Houston has experienced a series of dramatic changes. The earliest gay bars and clubs tend to be based within the area now known as the Midtown district.

During the 1970s and early 1980s, the rather bohemian atmosphere within the Montrose area of the Neartown district resulted in the opening of close to 40 gay bars. The actual number of LGBT residents within Montrose shot up to roughly 20 percent and the whole neighborhood enjoyed something of a hedonistic party lifestyle.

Today, general acceptance of same-sex couples in this part of Texas has seen the decentralizing of the Montrose gay village. Many of its former residents now choose to live within the suburbs and the trendy Houston Heights district, on the northwestern side of the city.

If you are visiting Houston and looking for a lively gay nightspot in Montrose, then the South Beach nightclub on Pacific Street certainly comes recommended, with its busiest period tending to fall between midnight and 02:00. Other popular bars and clubs around Montrose tend to line roads such as Crocker Street, Fairview Street, Genesee Street, Grant Street, the Hyde Park Boulevard, Ralph Street, Richmond Avenue, Tuam Street and Waugh Drive.

In downtown Houston, popular LGBT-friendly bars are concentrated around both Leeland Street and Milam Street, while in the Fourth Ward District, consider a night out at Tony's Corner Pocket Bar on West Dallas Street, with its live entertainment being the main draw card here. 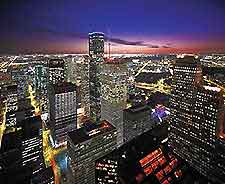