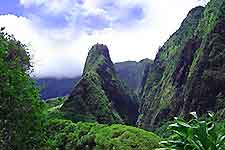 Heavily populated in the 21st century, the Hawaiian island of Maui has a history of settlement dating back to around 600 AD. It was at this time that Pacific islanders from both Tahiti and the Marquesas archipelago, situated over 2,000 miles / 3,220 km to the south, arrived by double-hulled canoe.

The islanders brought with them a strong culture and tools for their new life, including much livestock and staple crops such as coconuts, taro, sugar cane, sweet potatoes and various fruits. Legend suggests that the island of Maui was named after the eldest son of Hawai'iloa, the Polynesian navigator who brought his people here over countless miles of empty ocean.

On arrival, the new settlers introduced the kapu system of religious social order, forming the core of Hawaiian culture and covering all aspects of life on the islands. With previous events, wars and genealogy passed down in the form of chants through many generations, modern, recorded Hawaiian history on Maui only began around the mid-18th century. An invasion by King Kamehameha I in 1790 was part of his unification of the islands into one nation. His first attempt failed, but a second invasion resulted in Maui being drawn into the expanded nation.

The bay where he landed in 1786 is named La Perouse Bay. Within a short time of his arrival, traders, whalers and loggers searching out precious, fragrant sandalwood were hard on his heels. New England missionaries took a little longer to get here, arriving in 1823 and settling in the then island capital of Lahaina.

Ironically, this last invasion in the name of Christianity both changed and incorporated local culture and the ongoing history of Maui. Converts were forced into modest clothing and the sensual hula dance forbidden, while a Hawaiian alphabet was created, preserving the island's history and language. The first mission school in Lahaina is still in existence, having opened in 1831. However, given that Lahaina was at that time a shipping hub, with at least 100 of the 400 Pacific whaling ships berthed here at any one time, missionary attempts to shut down the crowded bars and brothels fell on deaf ears. 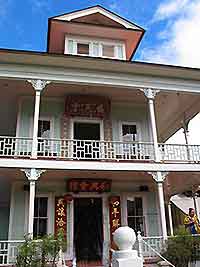 Annexation and Yet More Change

By the end of the 19th century, petroleum was replacing whale oil as the fuel of choice, and the former economically important sugar cane plantations began experiencing labor disputes in the early years of the 20th century. By this point, rule by the Hawaiian kings was a distant memory, with the important Kamehameha Dynasty having ended in 1872 and the institution of the monarchy overthrown a year later, creating a brief period in Maui history when the island was a republic. Maui, along with the rest of the archipelago, was annexed by the USA in 1898 and Hawaii finally became a state of the union in 1959.

After the American entry into WWII following Imperial Japan's attack on Oahu's Pearl Harbor in 1941, Maui played a positive role in the war's Pacific Theater, with the island's US Army training bases, staging centers and rest and relaxation areas central to the war effort in the region.

Between 1943 and 1944, more than 100,000 soldiers were temporarily based on the island awaiting deployment, and the beaches were used for practicing landings, demolition and sabotage. Nowadays, the island of Maui is a hub for retirees from the USA and tourists from across the world. 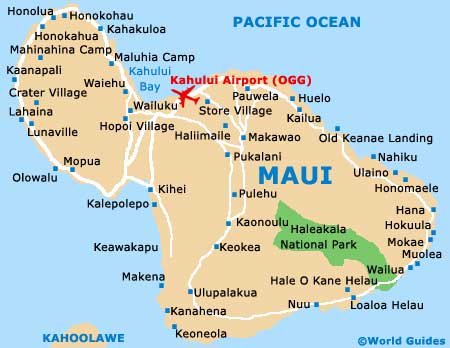