Little Rock can be found in the heart of Arkansas (AR) state, close to Hot Springs, a popular spa town. The relaxed pace here is particularly appealing, although Little Rock features many characteristics of a large city, including renovated riverfront areas and a lively downtown area. Little Rock offers many historic 19th-century buildings and a certain sophistication and charm, captured in the River Market District, which is a popular place to visit and walk around. 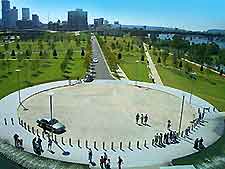 Tourism is a notable part of life in the Little Rock area and is embraced by many local businesses. The main tourist information center in Little Rock is the Visitors Center on East Capitol Avenue, which is housed in the 1842 Curran Hall. Further information and tourism advice can be found in a small kiosk at the convention center, and at the public library on Rock Street, where you will find a selection of leaflets about Little Rock's main tourist attractions and activities.

With a range of inexpensive lodging options, hotels in Little Rock are located throughout the River Market area, close to local markets, shops and restaurants. Plenty of additional hotels can be found in many other areas of the city, including hotels around the Hillcrest and Heights districts, Quawpaw district and North Little Rock region, near to the Alltel Arena. A selection of hotels are also close to the nearby Little Rock National Airport (LIT), which is sited on the southeastern side of Little Rock. More information about Little Rock Hotels. 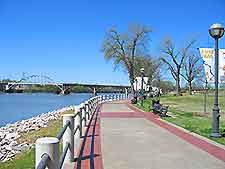 Some of the main museums and art galleries in Little Rock include the Old State House Museum - one of the city's previous capitol buildings, housing the legislative chambers and important state artifacts; Arkansas Museum of Discovery / Donald W. Reynolds Science Center - exploring the wonders of science, with numerous hand-on displays and fascinating information; Little Rock Central High School National Historic Site and Museum - offering an insight into the time when nine African-American students entered a school under protection in September 1957; and the renowned Arkansas Arts Center - offering impressive artworks from many world-famous artists, together with a children's theater. More information about Little Rock Museums and Art Galleries. 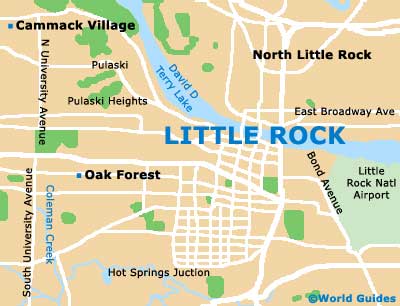