Turin's museums provide a real insight into the history of the city and the surrounding area, as well as further afield. Filled with everything from Egyptian mummies to vintage Italian cars, for many, the museums in Turin offer a particular holiday highlight.

For visitors with plenty of stamina, the Torino Card offers free entry to 150 museums, exhibitions and historic buildings throughout Turin and Piedmont. It also includes free public transport within the city itself. 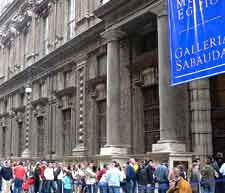 Address: Via Accademia delle Scienze 6, Turin, Italy, IT
Tel: +39 011 561 7776
The Turin Egyptian Museum is reputed to be one of the best collections of Egyptian artefacts to be found outside of Cairo. Younger visitors will no doubt enjoy the reconstructed burial chambers, as well the myriad of mummies that are always the source of a macabre fascination.
Open hours: Tuesday to Sunday - 08:30 to 19:30
Admission: charge, free for children

Address: Via Accademia delle Scienze 5, Turin, Italy, IT
Tel: +39 011 562 1147
Dedicated to the history of political unification in Italy in the 19th century, this museum was originally housed within the Mole Antonelliana. However, in the late 1930s, it was moved to its present site within the Palazzo Carignano. Turin's Museo Nazionale del Risorgimento Italiano has a varied collection of exhibits, including weapons, flags, paintings and furniture. A gallery was opened in 1975 to accommodate collections related to Mussolini, the Resistance and the birth of Republican Italy. It's also possible to visit the palace's central hall, which was originally planned to be the permanent home of the Italian Parliament but never actually used as such.
Open hours: Tuesday to Sunday - 09:00 to 19:00
Admission: charge, discount available for children

Address: Via San Domenico, Turin, Italy, IT
Tel: +39 011 436 5832
Visitors who wish to find out more about Turin's famous Shroud should head to the Museo della Sindone. The museum is dedicated to the history and science of the Shroud, said to bear the image of Christ on the linen itself.
Open hours: 09:00 to 12:00 and 15:00 to 19:00
Admission: charge, discount available for children

Address: Via Giovanni Giolitti 36, Turin, Italy, IT
Tel: +39 011 432 3080
In natural history museums, you can usually find something to interest the whole family. The Turin Natural History Museum is no exception to this. The museum comprises five sections in all, ranging from botany and entomology to palaeontology and zoology. A number of temporary exhibitions are held throughout the year.
Open hours: Wednesday to Monday - 10:00 to 19:00
Admission: charge, discount available for children

Address: Via Montebello 20, Turin, Italy, IT
Tel: +39 011 812 5658
Turin's Museum of Cinema came into being in 1941, thanks to the work of historian-collector, Maria Adriana Prolo. Today, its vast collection is housed within the stunning setting of the Mole Antonelliana. As well as the archaeology of the cinema, visitors can enjoy discovering all about the history of photography, as well as admire film posters and stage sets from days gone by. The museum's library contains over 7,000 films, including a number which date back to those early days of silent cinema.
Open hours: Tuesday to Friday and Sunday - 09:00 to 20:00, Saturday - 09:00 to 23:00
Admission: charge for museum, children under 10 years are free, free admittance to bookshop and coffee bar

Address: Corso Unità d'Italia 40, Turin, Italy, IT
Tel: +39 011 677 666
The idea of a Motor Museum in Turin dates back to the early 1930s and was the brainchild of Carlo Biscaretti di Ruffia and Cesare Goria Gatti. The Museo dell Automobile moved to its current home back in the 1960s. Car-lovers will find plenty of motor-related information relating to the evolution of the motor car, as well as some good examples of restored vehicles. These include some very early, along with luxury motors and racing cars. As you'd expect, there are a large number of Fiats in the collection itself.
Open hours: Tuesday, Wednesday, Friday and Saturday - 10:00 to 18:30; Thursday - 10:00 to 22:00; Saturday - 10:00 to 20:30
Admission: charge, discount available for children 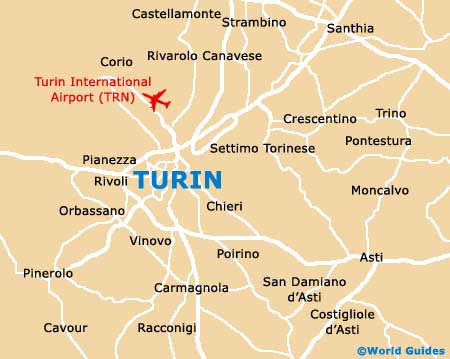