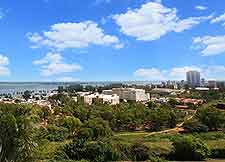 Located in South-Eastern Africa, the Republic of Mozambique enjoys a lengthy coastline fronting the Indian Ocean, with this stretch of water known as the Mozambique Channel. The country lies directly to the south of Tanzania, to the east / south-east of Malawi and Lake Malawi, and to the east of Zimbabwe, South Africa and Swaziland.

In Maputo, the Avenida 25 de Setembro is central to the action, although a better standard of accommodation awaits in the Sommerschield neighbourhood, roughly a 20-minute walk away. Easily located on maps and approximately 7 km / 4 miles from downtown Maputo are both Barrio Triunfo and Costa do Sol, with their appealing beachfront and good choice of eateries.

Popular with tourists is the connected island of Ilha de Mozambique, while other islands of importance are those of Bangue, Bazaruto, Benguerra, Magaruque and Santa Carolina, which together combine to make up the Bazaruto Archipelago. The coral reefs of Bazaruto are simply breathtaking and scuba diving is understandably a major pastime here. 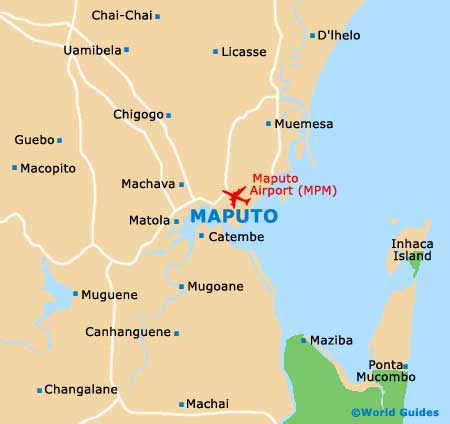