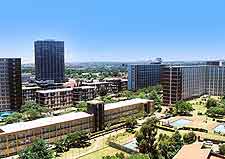 Johannesburg hosts a wide variety of local events and festivals. Visitors who are interested in spending time in the city or surrounding area may wish to check out forthcoming events before they arrive in order to make the most of their time in Johannesburg.

The autumn is a particularly good time to visit Johannesburg, as this is the time of year in which many art and music festivals are held, with things to do including the Joburg Art Fair at the Sandton Convention Centre and also the HobbyX in the Coca-Cola Dome. Each year, the biggest events attract literally thousands of visitors to the city, and can subsequently affect accommodation availability.