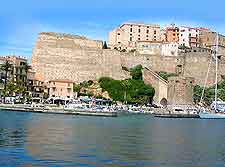 Best known as the birthplace of Napoleon Bonaparte, Corsica has had a troubled history. It's believed that the earliest human settlements here date back to 3,000 BC. Evidence includes standing stones, some of which can be found at Filitosa.

The island went on to be colonised by the ancient Greeks and Etruscans. Later, it became a territory of the Roman Empire. The Romans exploited the island's rich mineral deposits, which included copper and lead. The waters surrounding Corsica were also fertile fishing grounds for oysters and eels. Roman rule of the island was to collapse in the 5th century AD, along with the decline of the Roman Empire.

During the Middle Ages history, Corsica was invaded on numerous occasions. In 1077, control of the island passed into the hands of the city-state of Pisa, which, in 1284, fell into decline. In 1297, Pope Boniface VIII gave the King of Aragon the power to rule over Corsica and nearby Sardinia.


Some people believe that the origin of the island's flag, with its distinctive Moor's Head design, dates to this period, while others hotly dispute this theory. In the early 14th century, the Genoese took over the island's rule. Apart from a rather short interlude of French rule, the Genoese held the island until the 18th century. 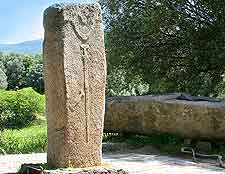 In the early 18th century, revolution broke out on several occasions, with the island's inhabitants becoming increasingly discontented with foreign rule. Then, after some 40 years of struggle, the revolutionaries succeeded in their battle for independence.

In 1755, a Corsican patriot known as Pascal Paoli was officially pronounced General of the Corsican Nation. Although he was to be eventually expelled from the island, he managed to found a university here and introduced an element of democratic reform into Corsica. A National Assembly was set up and Paoli announced that the Moor's Head was to become a national emblem. The new capital of this independent island was Corte.

Such independence was not to last long. In 1769, Corsica was ceded back to France, bringing the island into the French fold. Later that year, the island's most famous son, Napoleon Bonaparte, was born in Ajaccio.

In 1790, Paoli returned to the island and, supported by England, succeeded in declaring independence from France. 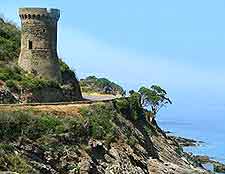 Such independence was not to last long. Just six years later, English forces withdrew from Corsica. Napoleon's forces moved onto the island and it was made a department of France.

In 1972, it was recognised that the island's ecology was in a vulnerable state. Thus, the Parc Naturel Régional de Corse was set up to protect it for future generations. The park covers more than one third of the total land area.

In 1998, Claude Erignac, the island's prefect, was assassinated. Such separatist action sent shockwaves throughout the world. In 2001, France granted Corsica limited autonomy, although this was later overturned by the high court in France. Nonetheless, Corsica has retained the right to use its own language in its schools.

Today, Corsica is still a French department. Over the years, the island's agricultural importance has dwindled, with many choosing to leave for the mainland. Thus, its towns remain modest in size and even the capital of Ajaccio still only has a population of some 60,000. 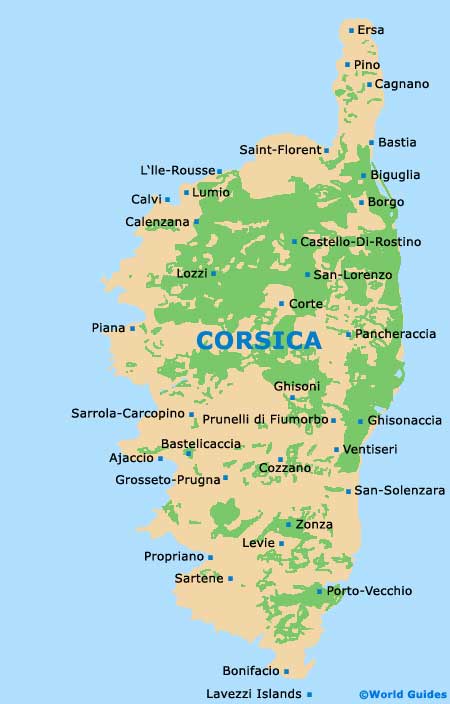