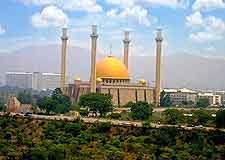 A major West African country boasting the continent's largest population by far, Nigeria is currently called home by more than 150 million people. Central to politics and the African economy, Nigeria fronts the Gulf of Guinea and although there is much to see here, the country is not most people's idea of a tourist destination.

That said, a holiday in Nigeria should not be dismissed without first considering everything that is on offer here. Whilst the orderly central city of Abuja may well be the modern capital, with its important buildings, museums, cultural information and tourism bureaus, it is considerably larger and especially exuberant Lagos where most tourists choose to base themselves, on the south-westerly Nigerian coast. Head north of Abuja and you will soon notice that the land and climate becomes drier, as the simply enormous Sahara Desert gets closer. 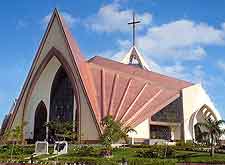 Being such a large country, the climate of Nigeria varies greatly, depending on the region, with the south often experiencing heavy rainfall in April and August, compared to the north's wet season a little later.

Temperatures remain high wherever you holiday, peaking in late spring (November) and continuing through the African summer (December to February). 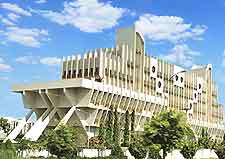 The Atlantic coastline affords many wonderful sunny beaches, with south-easterly Calabar Beach standing out from the crowd and located just beneath the Cross River National Park. Located at Badagry, within western Lagos, Coconut Beach is an additional fine stretch of sand, as are the beaches of Akodo and Kaiyetoro-Eleko, both of which also reside in Lagos. On Victoria Island, Bar Beach is worth a visit, together with the beaches of the Lekki Peninsula, Kuramo Lake and Takwa Bay. More information about Nigeria Beaches. 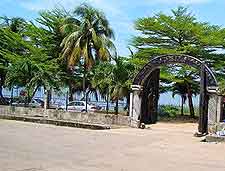 Wealth and poverty contrast in many parts of Nigeria, although the strong African character of this country and its friendly people comes through almost everywhere. Tourist attractions are widespread, being based not only in Abuja and Lagos, but also within the towns and cities of Arochukwu, Badagry, Benin City, Calabar, Kaduna, Kano and Zaria, amongst others. Sightseers in Lagos should look out for Oba's Palace, the Shitta Bey Mosque and the bustling Balogun, Jankara and Sandgrouse markets. In Abuja, the National Children's Park and Zoo is highly suitable for families, while other popular Nigerian attractions include the Emir's Palace at Kano, the Cattle Ranch Resort at Obudu and the Osun Sacred Forest at Oshogbo. 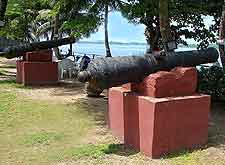 African bush, rainforests and safaris are available at the country's plentiful national parks and provide a very different type of sightseeing, with the main parks including those of the Chad Basin, Cross River, Gashaka Gumti, Kainji Lake, Kamuku, Old Oyo and Yankari. Also in this category is the Okomu Forest Reserve and its rare colony of white-throated monkeys, and the Jos Wildlife Park, where lions and pygmy hippos are some of the star wildlife attractions. More information about Nigeria Tourist Attractions and Nigeria National Parks. 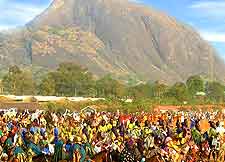 When it comes to landmarks in Nigeria, they are certainly varied. Lagos contains many of the most noteworthy, such as Taiwo Olowo's Monument and Tafawa Balewa Square, and on the outskirts of Abuja, both the hard-to-miss Zuma Rock and Aso Rock offer something more natural in appearance. In Benin City, it is the record-breaking Benin Moat that steals the show, being the biggest of its kind on the planet. The Owu Falls of Owa-Kajola also have impressive statistics and rank as West Africa's steepest. Another dramatic waterfall can be found at Gurara, which is understandably at its strongest and most photogenic during the rainy season. More information about Nigeria Landmarks and Monuments. 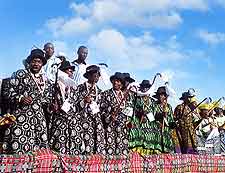 Unlike most African countries, the museums of Nigeria are not clustered in its capital Abuja, but instead are rather spread around, being located at destinations such as Benin City, Calabar, Ilorin, Jos, Kaduna, Kano, Lagos, Oron and Owo. If you only have time to visit a few, then the National Museum of Lagos is likely to be your first choice, particularly if you are on holiday in this part of Nigeria. The National Museum in Kaduna is another important cultural attraction and features all kinds of archaeological artefacts, ethnographic treasures and related information. Kano's Gidan Makama Museum is housed in a grand 15th-century which once functioned as the residence for the Emir, and in Benin City, the Benin Museum is filled with historic bronzes, terracotta figurines and other regional items. More information about Nigeria Museums and Art Galleries. 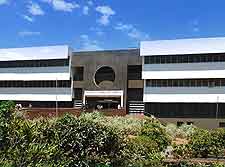 Being located in West Africa, many interesting African countries surround Nigeria, often being easiest to reach by plane from the Lagos Murtala Muhammed International Airport. To the west is the country of Benin, where enticing sandy beaches, mountainous hiking trails and stilted villages are just a few of the magnets for tourists. Lying directly to the north, Niger comes with excursions into the Tenere Desert, the W National Park and the Air Mountains.

To the east, Cameroon is slowly but steadily gaining a tourism presence and epitomises most people's vision of Africa, being home to rainforests, rolling grassland and much wildlife. Animals in Cameroon are concentrated in the Dja Faunal Reserve, the Korup National Park and the Waza National Park, the latter of which has sizeable groups of African elephants, lions and Kordofan giraffes. On the far north-easterly border of Nigeria, Chad is frequently simply passed through by travellers, although if you are here, Chad's capital city of Niamey is a good place to stay for a few days. More information about Nigeria Attractions Nearby. 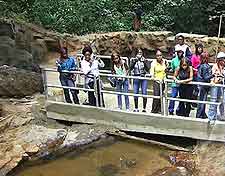 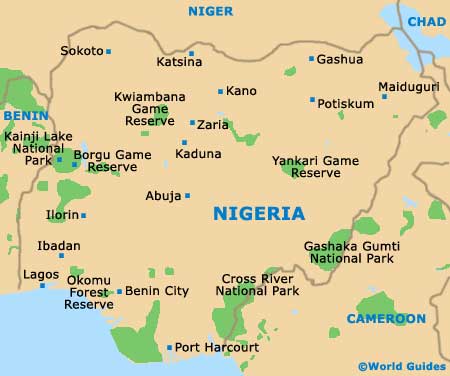